Amy and Tammy Slaton's brother, Chris Combs, has struggled to stick to his weight loss journey in  1000-lb Sisters , but some fans believe the fan-favorite sibling has already qualified and underwent bariatric surgery. Chris has been one of the most motivated Slaton family members to get their health back on track, but he appeared to have strayed from his fitness ambitions. From the recent operations Chris has endured to new videos that convey the star's weight loss, here's why some 1000-lb Sisters fans believe Chris has qualified for and underwent a weight loss surgery.

Chris is embraced by the 1000-lb Sisters fanbase because he's served as the voice of reason within Amy and Tammy's messy dynamic. Chris made his reality TV debut in season 2 and vowed to be Tammy's weight loss buddy as the pair of siblings strived to reclaim their fitness. Unfortunately, Chris bit off more than he could chew as Tammy turned out to be averse to making headway in her weight loss journey despite Chris' support. Whenever he attempted to point out the aspects of Tammy's life that were preventing her from reaching her goals like her boyfriend and diet, Chris was met with aggression. Regrettably, Chris has faced roadblocks in his own weight loss journey as well.

After not getting bariatric surgery in 1000-lb Sisters season 2, Chris has fallen even further from his health aspirations in season 3. Although he is known for being critical of Tammy when she strays from her diet, Chris confessed to gaining 45 pounds at the start of the latest season. Chris claimed that when a boil grew on his leg, he was unable to keep up with his exercise routine. Still, Chris' doctor confirmed that if the Slaton sibling maintains his progress and doesn't slip up again, he will qualify for bariatric surgery. Unfortunately, complications with the TV personality's health have made Chris' path toward weight loss murky. In the  1000-lb Sisters season 3 trailer, Chris' surgeon noted, "Immediately, I see that Chris' liver is very big. This could be very, very serious." Despite his precarious liver situation, some fans still believe Chris will ultimately undergo a bariatric operation.

Although he didn't start season 3 off on the right foot, Chris has demonstrated that he is determined to follow through on the weight loss goals he put into motion in 1000-lb Sisters season 2. Now that his leg is boil-free, Chris has been putting in the work, encouraging fans to believe he will qualify for his highly anticipated weight loss operation. Viewers also believe Chris will undergo bariatric surgery in the Slaton family's reality series because he looks like he's slimmed down. One Reddit user explained that in a recent video of "Chris and Amy cooking, he looked like he had lost a lot of weight." The fan also pointed out that Amy's comment, "neither one of us can eat much at all" indicates Chris got weight loss surgery like his sister. Another viewer agreed, "I'm pretty sure he did [the surgery] too."

As of right now, it's unclear whether or not Chris has achieved his goal of undergoing weight loss surgery. While some viewers are discouraged by the reality star's complex medical history, others are sure that Chris stuck to his exercise regimen and looks thinner now as a result of the operation. Hopefully, fans will get to celebrate Chris' weight loss success soon in  1000-lb Sisters .

90 Day Fiancé: Deavan Reveals Before After Video Of Cosmetic Procedure 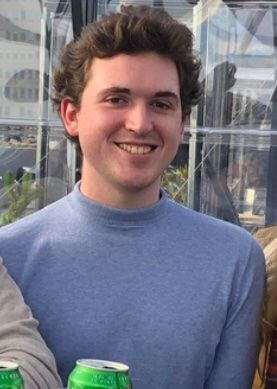 Christopher Davis is a freelance reality TV writer for Screen Rant. Since his graduation from Emerson College with a degree in visual and media arts back in 2019, Christopher has pursued the ever-evolving field of entertainment journalism. In his free time, Christopher loves to write, rewatch old seasons of RHONY, and work on his death drop.