As S.F. pursues drug use sites, people battling addiction weigh in: ‘You think we like being out here like this?’ - San Francisco Chronicle

Tears rolled out of Rebecca Byrd’s eyes as she sat at the edge of a Tenderloin alley Thursday, struggling to find a vein where she could inject a shot of fentanyl. On this damp and chilly morning, she was aching for some relief.

“I’ve had a terrible morning, and now this,” she said, nauseous and fatigued from withdrawal.

To help provide some respite to Byrd, and the thousands of others grappling with addiction on San Francisco’s streets, city officials are working on opening a space where people can use drugs inside and around medical professionals.

A supervised consumption site could open as soon as the spring, and it would offer people access to basic needs like water and bathrooms, potential access to treatment services and immediate help if they overdose.

The renewed push for a site, led by Mayor London Breed, comes as she and other city leaders struggle to control San Francisco’s overwhelming drug crisis and face intense political pressure to do something about it. Nearly two people fatally overdose every day in San Francisco — mostly from the cheap and extremely potent fentanyl — and public health experts and advocates widely agree that the sites could help save lives.

The idea, though, is controversial: The sites are illegal under state and federal law, and some argue that the city will only enable drug use rather than truly help people. The proposal has also raised questions about whether it can actually make a significant difference, given the scale of the crisis, and whether those experiencing addiction would take advantage of the resource.

But about half a mile away from the proposed site — on Willow Street, an alley often lined with tents, where drug use is common — Byrd and several others said they would gladly take advantage of the opportunity to use inside.

“I think it would be good for safety — keeping us safe, and making other people feel safe,” Jerome James, 37, said alongside his tent. “I have to shoot up, but I don’t want everyone watching me do it. Nobody should have to see that. It’s embarrassing.” 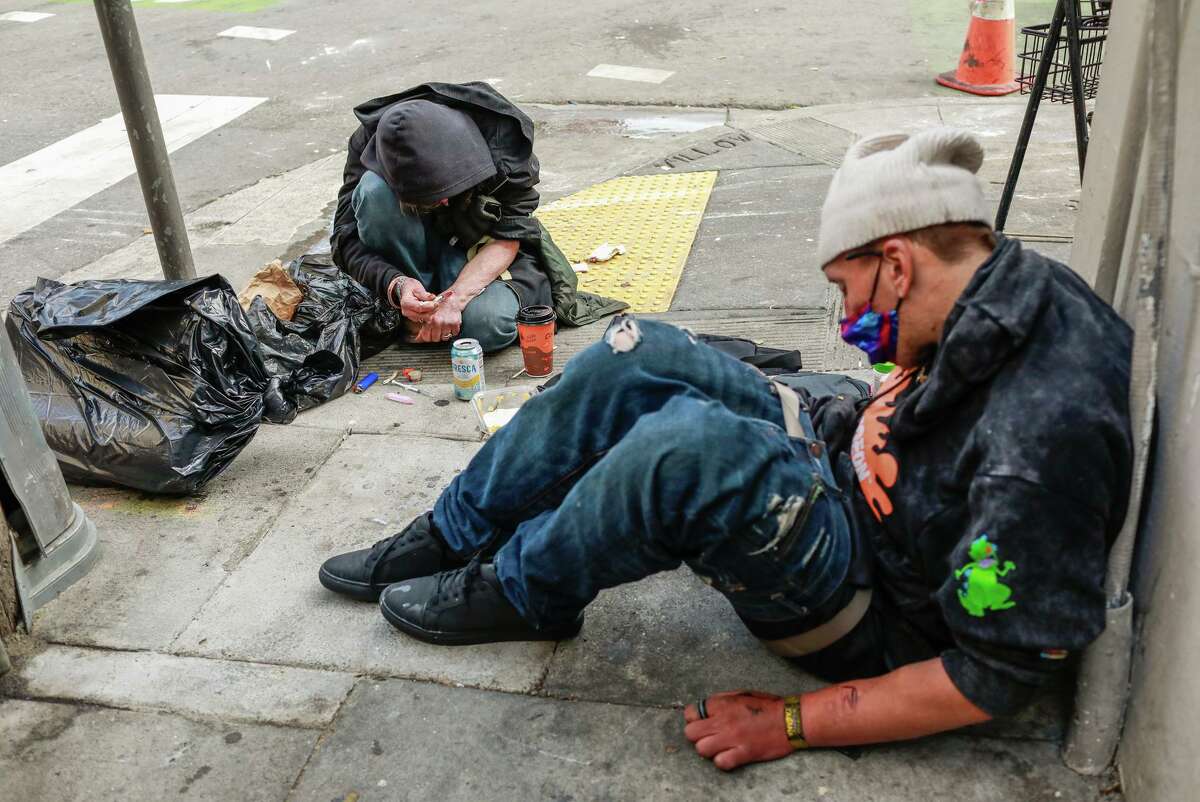 San Francisco, and several other cities around the country, have considered opening a supervised consumption site for years. Now, as fentanyl drives a record number of overdoses, officials say they would be remiss not to try.

Since 2020, the city has lost at least 1,223 people to drug overdoses — some without a tolerance for fentanyl may have unknowingly ingested it, while others may have simply taken too big of a dose. The unhoused and older black men, particularly those who live in the Tenderloin and South of Market, have been disproportionately impacted by the crisis.

An undisclosed location in the U.S. has also been illegally operating one since September 2014. According to an August 2020 study published in the New England Journal of Medicine, there were 33 overdoses at that site among 10,514 injections over the first five years. There were no deaths, and every overdose was reversed by trained staff.

“We have to get the site open,” Breed told The Chronicle. “We have been wanting to do this for a long time, especially in light of the significant increase in the number of overdose deaths in our city.” 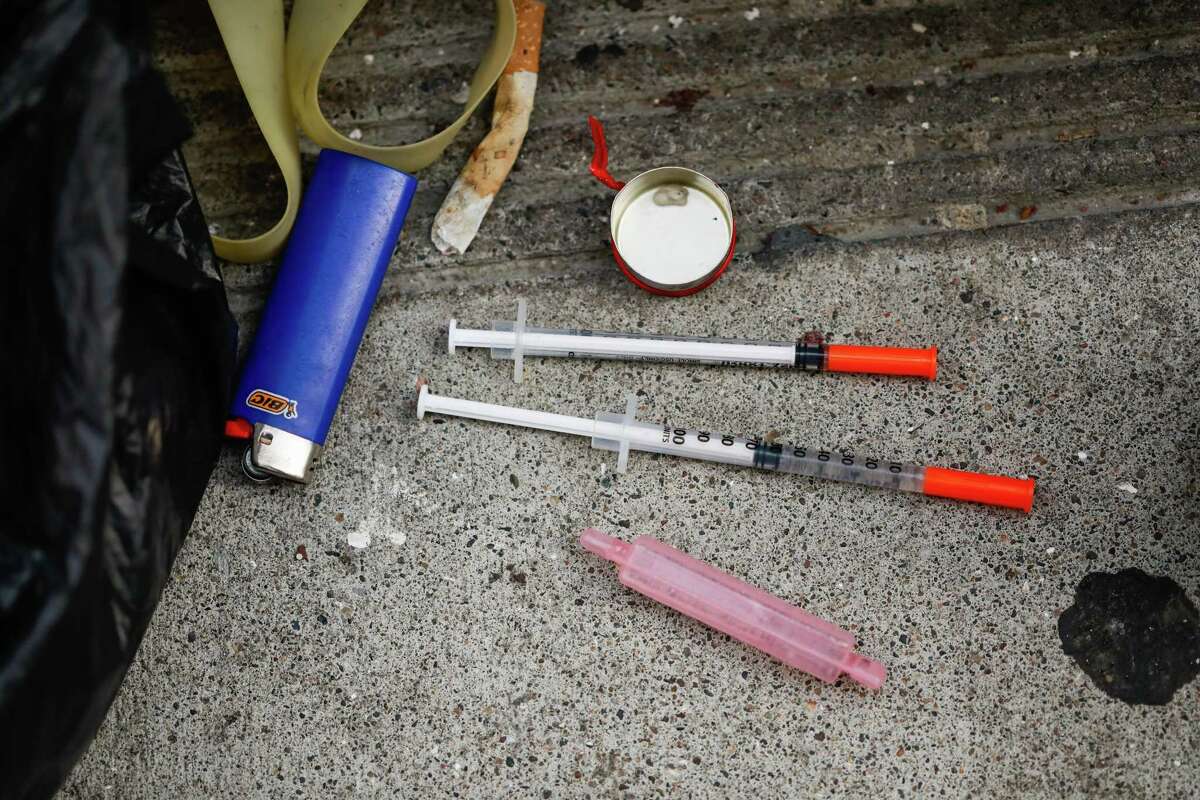 Syringes used to inject fentanyl are seen on Willow Street, an alleyway often lined with tents where drug use is common

Opponents, though, say it’s a sign that San Francisco is going too far with harm reduction, which is the practice of helping people use drugs as safely as possible until they are ready for longer-term care.

San Francisco’s harm reduction approach is credited with saving thousands of lives a year — more than 5,000 overdoses have been reversed this year alone with the drug-reversal nasal spray Narcan — but the city has a dearth of long-term options, like stable housing and detox, for people who are ready for help.

That has made some, like Jabari Jackson, a member of the city’s Adult Re-entry Council — which advocates for people exiting the criminal justice system — feel like the city is constantly distracted with short-term fixes rather than solutions to the crisis. Jackson said he would prefer to see more abstinence-based options, and the same energy put into longer-term options, like investing in quality housing and robust job training.

“Do I totally agree with it and think it’s the only way to go? No, I don't,” said Jackson, who is in recovery himself. But, he added, if the site can save even just one life, then he’s all for it. It just can’t be the only route.

“Anything can help,” he said. “Anything is better than what we have right now.

Thomas Wolf, an advocate who is also in recovery, also supports the site, but also wants to see the city take a harder line against drug dealers, who often operate openly in the Tenderloin.

“You can’t just work on the demand side and not the supply side,” he said.

Dr. Hillary Kunins, the city’s director of behavioral health, stressed that the supervised consumption site would be one part of a wider set of reforms the city is working on.

In the past year alone, officials have invested $13.2 million in new and expanded overdose programs, including more treatment beds and new outreach teams. It’s unclear if the investment will make a significant dent in the crisis.

“This is not going to be the single panacea,” Kunins said. “It’s not either-or. It’s about using as many tools as we have to keep people alive.”

On Tuesday, Breed took “an initial step” toward opening a supervised consumption site when she introduced legislation to buy a building at 822 Geary St., five blocks north of Civic Center and five blocks west of Union Square and San Francisco’s bustling theater, hotel and shopping district.

If the board approves it, the building could be used as a safe consumption site or for other mental health and drug treatment services. The building will cost $6.3 million and would be paid for through Proposition C, a 2018 business tax.

Now that Breed’s proposal is on the table, city officials will have to contend with the thorny legal issues: Supervised consumption sites are a violation of the federal Controlled Substances Act, which prohibits anyone from “knowingly” maintaining a place “for the purpose of manufacturing, distributing, or using any controlled substance.”

Breed previously told The Chronicle that breaking the law could be “seriously problematic” for those involved. The Biden administration has mostly been silent on whether it would enforce the law.

“I have to be very, very careful about how we do this,” said Breed, who has been working with new City Attorney David Chiu on the issue.

Meanwhile, efforts to change California state law have hit hurdles in recent years. The most recent setback came this summer when lawmakers said they would wait to act on legislation to legalize the sites until next year.

As Breed forges ahead, she is also working on “developing a strategy to ensure surrounding areas see a noticeable difference on our streets.” Her office said it could not elaborate because the plan was still in the works.

Kristen Marshall, project manager for the DOPE Project, which manages the city’s overdose response, said she could read between the lines.

“They’re not talking about making it safer for everyone, they are talking about removing visible evidence” of drug use, she said. “When you talk about restoring safety to our streets, whose safety are they talking about?”

Marshall said a supervised consumption site would be positive for those who use it, but “it will most likely not address the root causes of overdoses in our city.”

Still, for people like those gathered on Willow Street, the site sounded appealing fora few reasons: Inside, they could get basic resources like food, water and access to bathrooms.

Hernandez, the man standing near his friend’s tent, said it was time for people to face the reality of addiction: “Drug use is happening and it’s hard to get clean and stay clean,” he said.

“And in the meantime, a place like that will help keep needles off the ground, and help bring down overdoses,” he said. “It would help.”