Several years ago, Sabrina Osland took her son on a cruise to Alaska.

The two were excited for one of the excursions where a helicopter would fly them to a glacier to explore it. But Sabrina was stunned that she faced an extra charge for the trip because she was overweight.

“If you were over a certain weight then you had to pay extra because apparently it would be taking (a seat) away from somebody else,” Sabrina, 41, a business sales consultant from Chanhassen, Minnesota, told TODAY.

In the video player above, a SA woman shows her amazing 80kg weight loss

“I don’t know how 20 or 50 pounds really counts for a person. But really it was one of the most devastating things.”

Throughout adulthood, Sabrina’s weight fluctuated. And after getting married seven years ago, she started to gain weight again.

Sabrina before her weightloss. Credit: via NBC

She made quick meals that didn’t always include a lot of healthy options and she often neglected her own health.

“I didn’t always focus on exercise or put myself first,” Sabrina explained. “When I was gaining weight, you just don’t see yourself gaining the weight as it’s happening.”

When she returned home from her cruise, she decided to exercise at least 30 minutes every day.

To make sure she moved, she set reminders on her phone and wrote a checklist of tasks to do every day.

“I’m very much type A,” she said. “It’s more of a checks and balances — like I need to get this done by a certain time but if I haven’t here’s my reminder.”

She first started by walking once a day for 30 minutes. As her endurance improved she’d walk for an hour or twice a day. 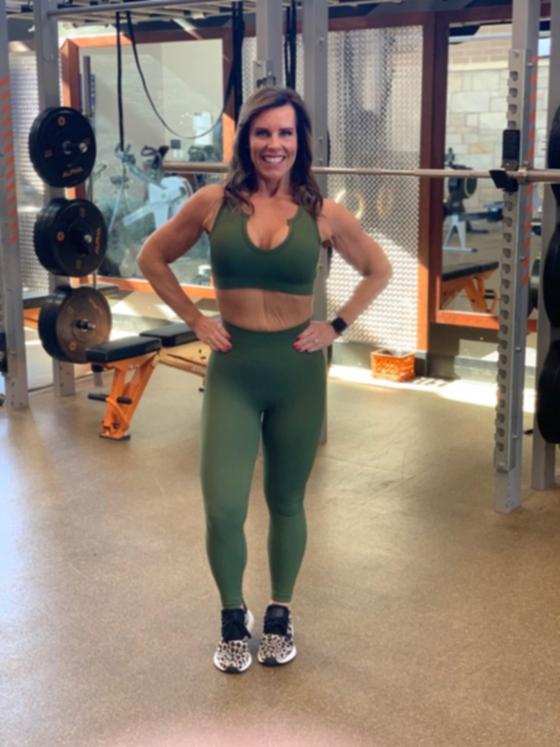 Sabrina started by exercising for 30 minutes at day. Credit: via NBC

Then she added in some strength training. Soon after Sabrina first started, the COVID-19 pandemic hit so she had to incorporate these new habits into her work-from-home life and without a gym.

But that also presented her with an opportunity.

“All the excuses that I had before where my schedule just didn’t allow it (were gone). I was like, ‘I don’t have an excuse,’” she said. “It really was about taking those small steps.”

She also changed what she ate, switching her focus from “convenient” to “healthy options.” Before she’d often eat chips for snacks and something like pizza for dinner. Now, she prepares fresh veggies for snacks or adds salads into dinner.

I would eat because I was either thirsty or bored

“It’s no more work than actually (making) a pizza,” Sabrina said. “So it is just changing (my diet) with protein and veggies and trying to take out as much of the carbs.”

But she also transformed how she thought about food.

“I would eat because I was either thirsty or bored and not necessarily to fuel my body,” Sabrina said. “I had a mindset shift that I had to stop and go back to the basics of what my body was really telling me.”

When COVID-19 restrictions lifted, she joined her local gym. 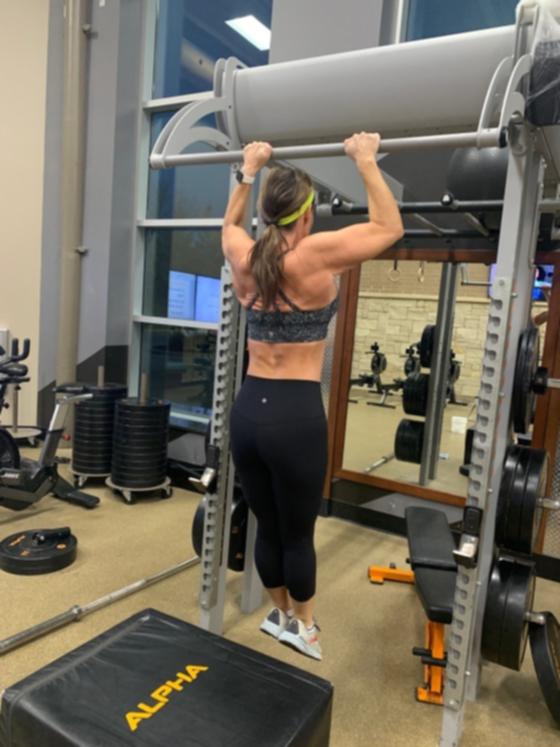 “The strength training is a whole other beast,” she said. “The community in and of itself has just been amazing.”

In a little over a year, Sabrina went from 120kg to 61kg. She likes that she can now enjoy more activities.

“There is so much more that comes with leading a healthy lifestyle. It’s not just about what you physically look like but how much it impacts everything as a whole,” she said. “(I) volunteer in our community within our local church organisation way more than ever. We have been just even having friends over and hosting people.” 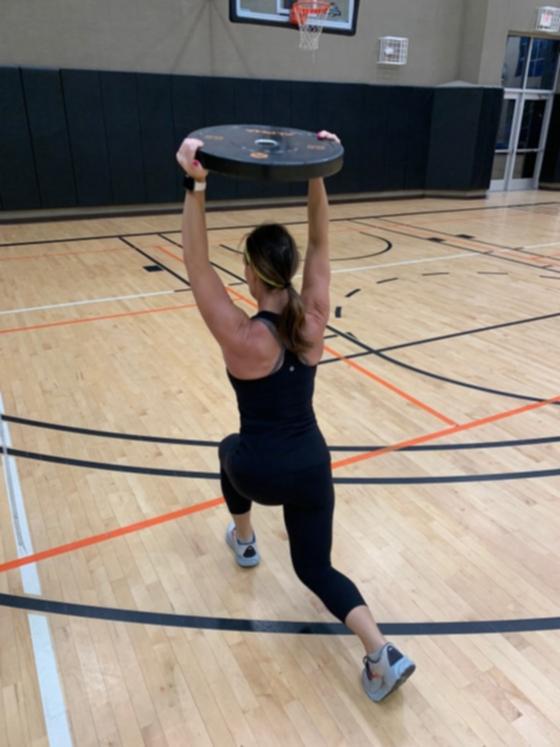 Sabrina is in the maintenance stage, which can be tough.

“I’ve struggled with my weight ever since I was young so breaking those bad habits I learned, such as being in the clean plate club … it is a lifelong journey,” she said. “I continually have to remind myself day in and day out.”

She shares advice for others hoping to create healthy habits.

When Sabrina started her weight-loss journey, she would change one thing at a time. So she’d walk 30 minutes a day until that became a habit. Then she’d add a new habit, such as using a smaller plate or bowl to eat smaller portion sizes.

“I was able to control my portions without having to think I’m giving up something,” she said. “Then I focused on adding (a new habit).”

That new habit might be eating more greens or protein, for example. This approach allowed her to develop healthy behaviours she can stick to easily.

Some days, Sabrina’s workout wasn’t the best. Other days, she didn’t eat as many greens as she should have. That’s OK. She knows that being consistent makes a difference.

“It’s progress not perfection. That’s my motto,” she said. “If I’m not doing something 100% then I feel like I’m failing. And you just need to celebrate those successes along the way.”

By working with a trainer and joining an exercise group, Sabrina created a support network that helps her stay consistent.

“The friendships in the community that we have developed … they hold you accountable,” she said. “Developing that community and accountability has been huge.”