Kayleigh McEnany, former White House press secretary for the Trump administration, has detailed how she received a double mastectomy after discovering she had a genetic mutation that increased the risk of breast cancer.

McEnany, co-host on Fox News show Outnumbered, has spoken previously about her double mastectomy—a procedure used to treat or prevent breast cancer by removing tissue from the area—but has outlined her experience again in a new biography, due to be published in December this year.

According to an excerpt published by Fox News, McEnany had the procedure as a preventative measure after she tested positive for the BRCA2 genetic mutation which her mother was also diagnosed with.

What Is The BRCA Gene And Who Is At Risk?

BRCA2 is a gene that, when working normally, helps to suppress cell growth and actually protect people from getting certain cancers. But, when someone inherits a mutation in this gene, they are at a higher risk of getting breast cancer as well as other types of cancer.

BRCA2 is also known as BReast CAncer gene 2. There is another gene called BReast CAncer gene 1. Mutations in either can lead to a higher cancer risk, although not everyone who inherits a mutation in these genes will develop cancer.

Most mutations in these genes lead to an unusually small or dysfunctional version of the BRCA2 or BRCA1 proteins in each cell, and this means less of it is available to help protect against cancer, according to the U.S. National Library of Medicine's Medline Plus health site.

A person is more likely to have a BRCA2 or BRCA1 mutation if their family has a strong history of breast or ovarian cancer.

The CDC advises that anyone who is concerned about whether they might have this mutation should collect their family health history of breast and ovarian cancer and contact their doctor.

For people who do have BRCA2 or BRCA1 but have not yet developed breast or ovarian cancer, there are a number of treatment options available. The most effective option is to remove the breasts and ovaries, the CDC states.

However, as a way to fight back, there medications that may lower the risk of developing cancer; annual breast cancer screening can identify problems early; and clinical breast exams are also highly effective.

Men with the BRCA1 and BRCA2 mutations are also more likely to develop breast cancer and high grade prostate cancer than other men. 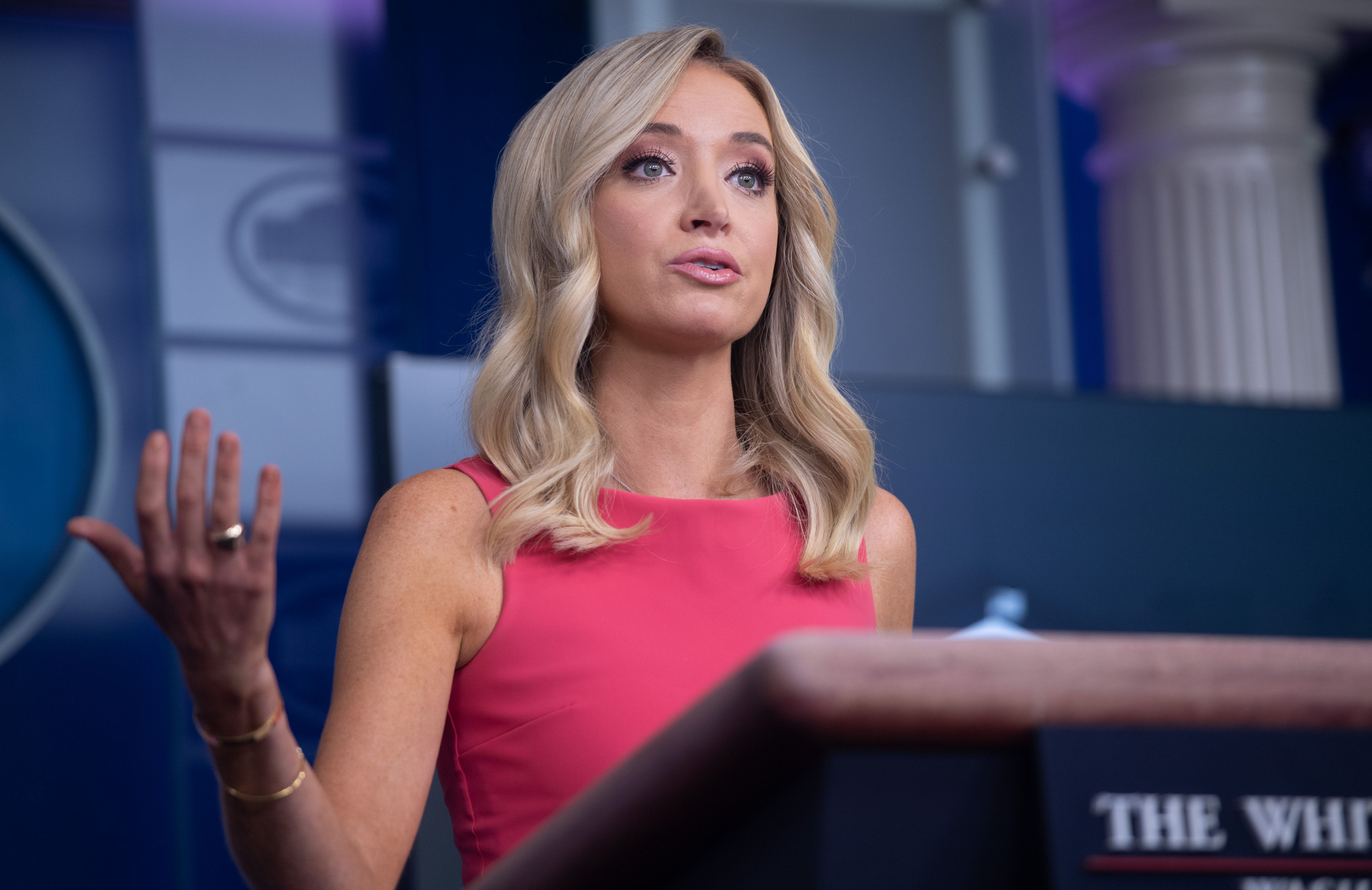 Former White House press secretary Kayleigh McEnany speaking at a press briefing in Washington, D.C., in June 2020. She has spoken out about her experience with a BRCA genetic mutation in an upcoming book. Saul Loeb/AFP / Getty