SACRAMENTO, Calif. — California has become the first state to require health insurance plans to cover at-home tests for sexually transmitted infections such as HIV, chlamydia and syphilis — which could help quell the STI epidemic that has raged nearly unchecked as public health departments have focused on COVID-19.

The rule — part of a broader law addressing the sexually transmitted infections epidemic — took effect Jan. 1 for people with state-regulated private insurance plans and will kick in later for the millions of low-income Californians enrolled in the state’s Medicaid program.

By making it easier and cheaper for Californians to self-administer tests in the privacy of their homes, the provision could improve disease monitoring in rural and underserved parts of the state, reduce the stigma that patients experience when seeking care and give them more control over their health, experts say.

“This is the first law of its kind, and I’d say it’s kind of cutting-edge,” said Stephanie Arnold Pang, senior director of policy and government relations for the National Coalition of STD Directors. “We want to bring down every single barrier for someone to get STI testing, and out-of-pocket cost is a huge factor.”

But being first has its downsides. Because the concept of insurance coverage for home STI tests is so new, Medi-Cal — the state’s Medicaid program — could not establish by Jan. 1 the billing codes it needs to start paying for tests. Also, federal regulators haven’t approved the tests for home use, which could make labs reluctant to process them. And a state analysis predicts that most in-network health providers won’t start prescribing home tests for at least a year, until they adjust their billing and other practices.

Still, the situation is urgent and required action, said state Sen. Richard Pan, D-Sacramento, a pediatrician who wrote the law.

“We have children born in California with syphilis,” Pan said. “You’d think that went away in the Victorian era.”

Even before COVID, the number of sexually transmitted infections had hit all-time highs in the United States and California for six years in a row, according to 2019 data from the federal Centers for Disease Control and Prevention.

And the pandemic made things worse, with health departments overwhelmed responding to the COVID emergency, and stay-at-home orders keeping people away from clinics.

In surveys of public health programs across the country since May 2020, the National Coalition of STD Directors found that most of those responding — up to 78% in one survey — have diverted some of their STI workforces to test and monitor COVID. A report that accompanied the most recent survey found that some STIs were “completely unchecked” due to reductions in clinic hours, diversion of resources, shortages of testing kits and staff burnout.

Some at-home STI tests screen for a single disease. Other kits can collect and send samples to check for a variety of infections. Depending on the test, patients collect a drop of blood with a lancet or swab their mouth, vagina, anus or penis.

Some tests require patients to send samples to a lab for analysis. Some oral HIV tests give results at home in a few minutes.

Ivan Beas, 25, a UCLA graduate student, was getting tested frequently as part of a two-year research study. When clinics closed during the pandemic, researchers sent him a home kit.

The kit — which tests for HIV, hepatitis C, herpes, syphilis, chlamydia, gonorrhea and trichomoniasis — was packaged discreetly and came with easy instructions. It took Beas about 10 minutes to prick his finger, swab his mouth and send the samples to the lab. 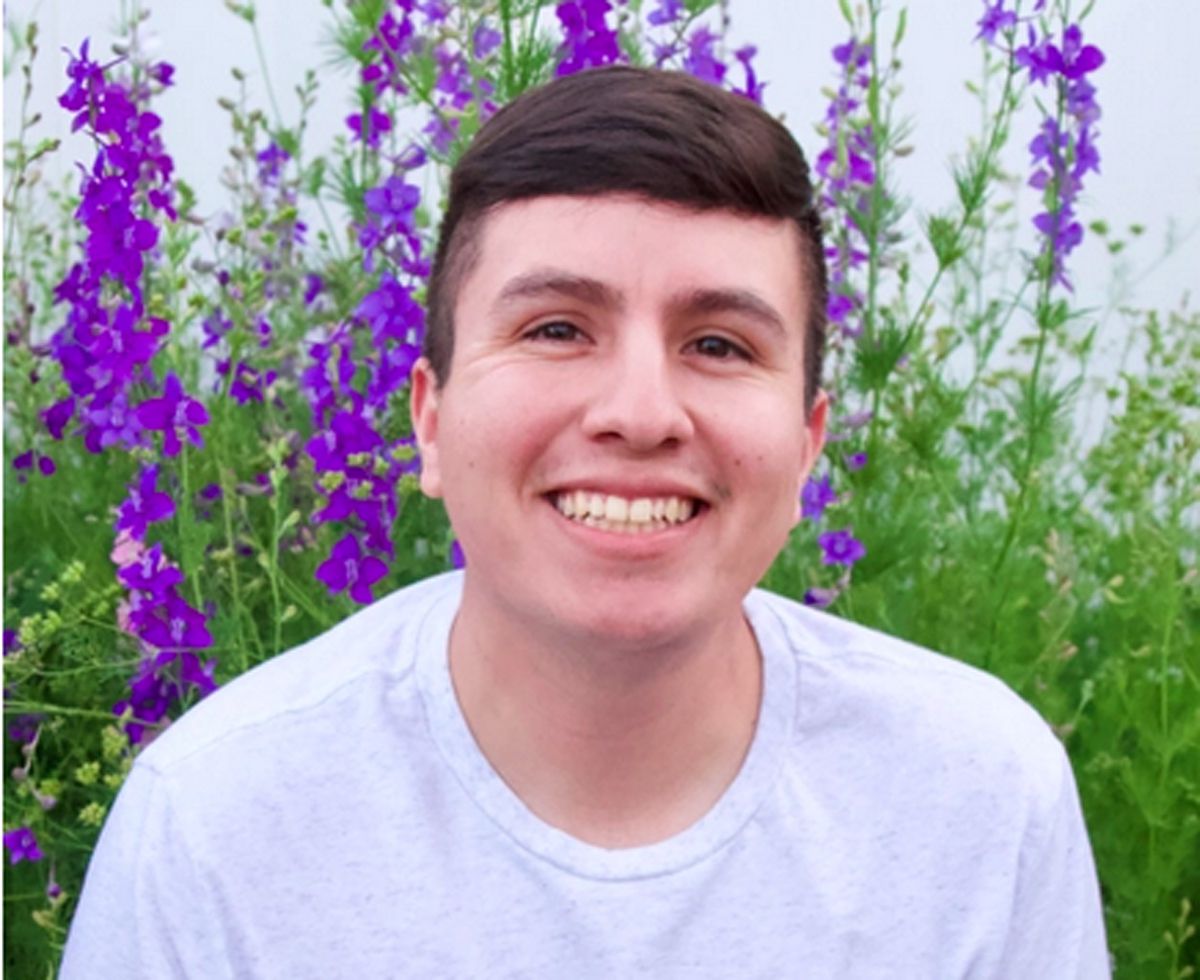 Graduate student Ivan Beas can’t afford to buy a comprehensive at-home STI test for $289, so he waits for hours to be tested for free at a clinic. Beas will be able to get home kits once Medi-Cal begins covering them. Caroline Mai

Beas said he wanted to keep screening himself every few months after the study ended, but the kit he used retails for $289, which is too costly for him.

The last time he went to a clinic in person, “I spent two hours waiting to even be seen by a doctor because of how busy they are,” he said.

Until Medi-Cal begins covering home tests, Beas said he will have to find time to get tested for free at a Planned Parenthood clinic.

“If insurance were to cover it, I’d definitely do it more,” he said.

Under California’s new law, health plans regulated by the state must cover home STI tests when ordered by a health provider.

Privately insured Californians can take advantage of the coverage immediately. How much, if anything, they will owe out-of-pocket for the tests depends on the type of plan they have, whether their provider is in-network and if they fall into a category the federal government has designated for free screening.

Medi-Cal patients almost never face out-of-pocket expenses, but they will have to wait for coverage because California’s Department of Health Care Services, which administers Medi-Cal, is working with the American Medical Association and the federal government to create billing codes. The reimbursement rates for those codes will then need federal approval.

It’s not clear how long that process will take, according to department spokesman Anthony Cava.

The rule doesn’t apply to the millions of Californians whose job-based health insurance plans are regulated by the federal government.

Other states and organizations have experimented with at-home STI tests. The public health departments in Alabama and the District of Columbia send free kits to residents who request them, but neither jurisdiction requires insurance coverage for them. The National Coalition of STD Directors is sending free kits to people through health departments in Indiana, Iowa, Philadelphia, Virginia, Puerto Rico and Navajo County, Arizona. 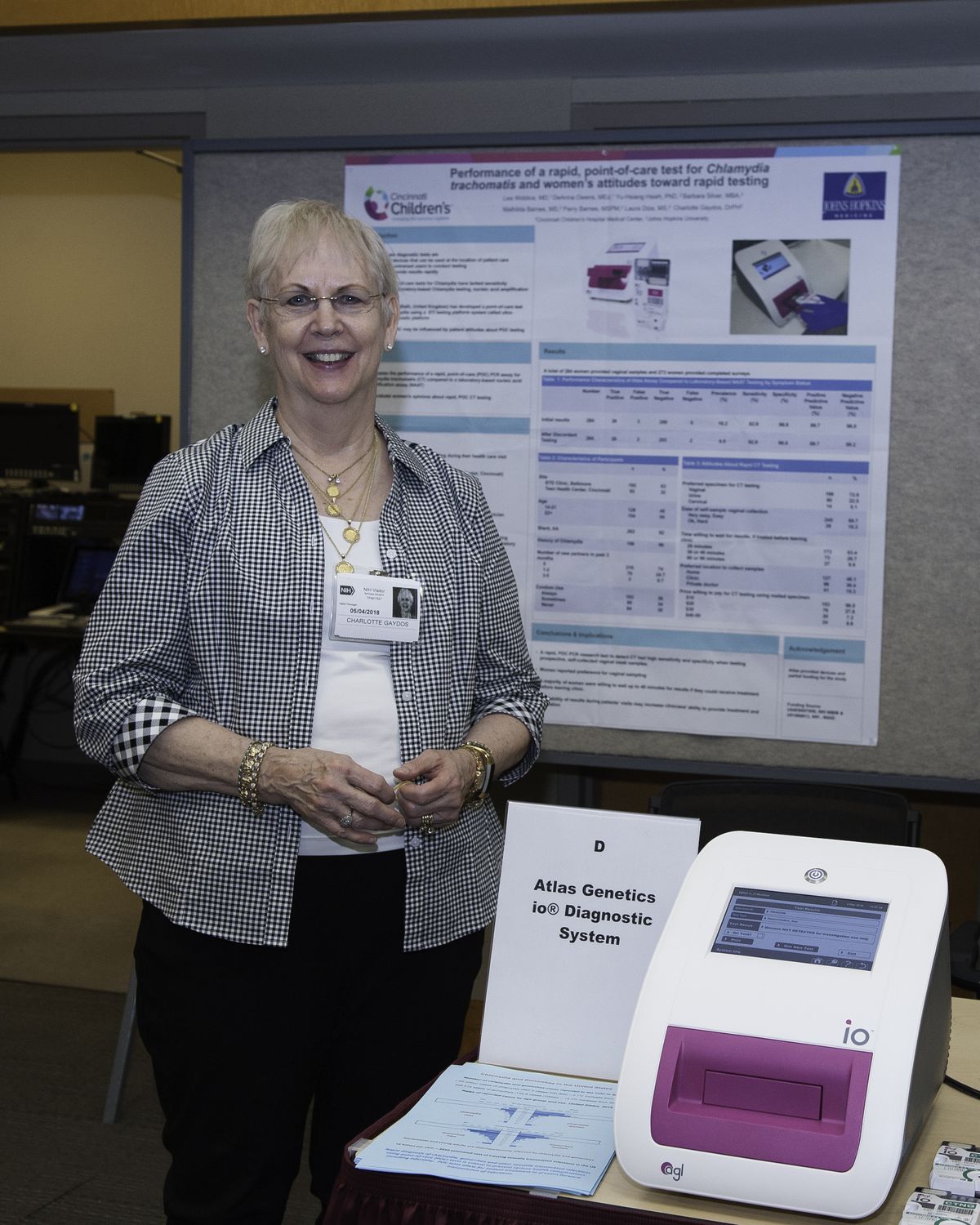 Charlotte Gaydos, co-founder of the Johns Hopkins University project Iwantthekit.org, has been sending free STI testing kits to Maryland residents since 2004 and to Alaskans since 2011. National Institutes of Health

A Johns Hopkins University project called Iwantthekit.org has been sending free kits to Maryland residents since 2004 and to Alaskans since 2011. The program is funded by grants and works with local health departments.

Charlotte Gaydos, co-founder of the project, said requests for test kits during the pandemic have nearly tripled. Gaydos said she would expand to every state if she could bill insurance the way the California law mandates.

The tests fall into a murky regulatory area. While they have been approved by the federal Food and Drug Administration, none has been cleared for use at home. Patients are supposed to collect their own samples within the walls of a health facility, and some labs might not analyze samples collected at home.

Public health officials cite other potential challenges. For instance, patients might not have the same access to counseling, treatment or referrals to other services such as food banks that they would receive at clinics. And though people are supposed to report the results of their tests to public health authorities, some won’t follow through. 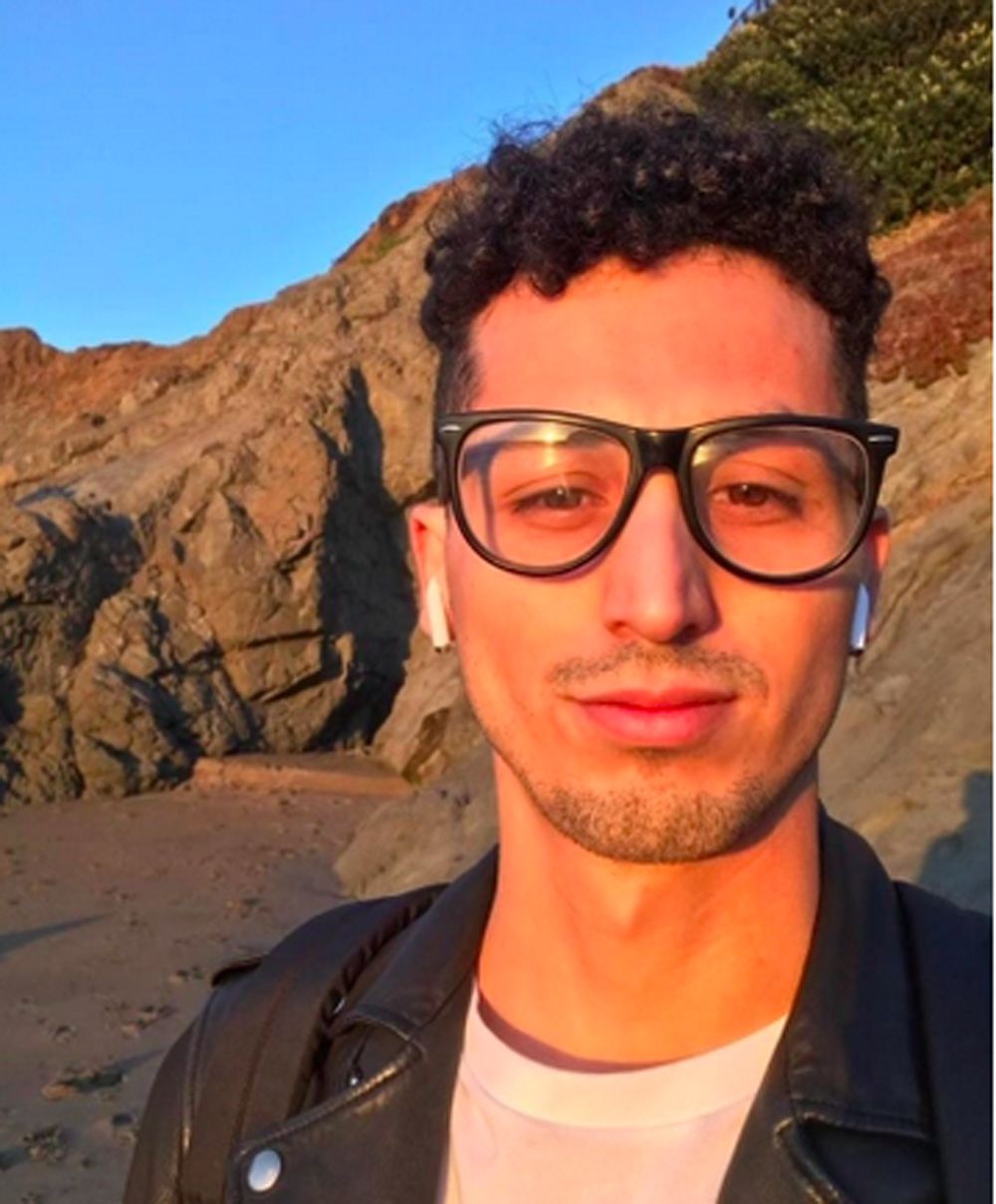 It took Vlad Carrillo a year to figure out how to get tested after moving to Bishop, California. Getting a home kit through the mail afforded privacy and helped Carrillo avoid the stigma of testing. Provided

Vlad Carrillo, 31, used to get tested at a San Francisco clinic that also offered counseling and other services but, after losing an apartment during the pandemic, moved about seven hours away to Bishop in rural Inyo County.

“Being away from the city, it took me a whole year to find a way to get tested,” Carrillo said.

Carrillo eventually got the kit through the mail, avoiding the stigma of going to the clinic in Bishop, which is “more focused on straight stuff,” like preventing pregnancy. Without the test, Carrillo couldn’t get PrEP, a medication to prevent HIV.

“Going without it for so long was really hard on me,” Carrillo said.