The Centers for Disease Control and Prevention (CDC) issued a warning about a deadly disease found in Georgia, Kansas, Minnesota, and Texas. The disease is called Melioidosis or Whitmore’s Disease and is caused by “Burkholderia Pseudomallei bacterium.”

Many health officials are now trying to figure out the common source of the exposure of several cases in the areas mentioned above. This disease is often fatal. 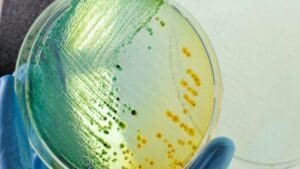 When you have Melioidosis, you can have symptoms like cough, diarrhea, fever, seizures, stomach or chest pain, and ulcers on or below the skin. Generally, the symptoms could appear two to four weeks after being exposed to the disease.

Melioidosis is not common in the United States but is common in tropical regions like Asia and Australia.

This comes as the United States is already witnessing a resurgence of COVID-19 cases driven by the highly contagious Delta variant.