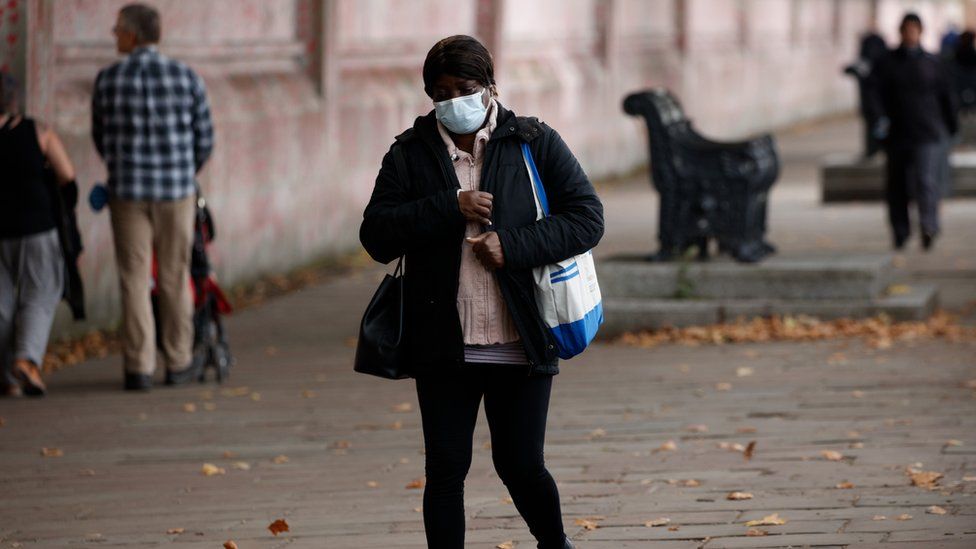 Downing Street says it is "keeping a very close eye" on rising Covid cases - but the cabinet has not yet discussed rolling out its Plan B to control coronavirus in England this winter.

Another 223 deaths have been recorded, the highest since March, although daily figures are often bigger on Tuesdays.

PM Boris Johnson has told the cabinet the UK faces "a difficult winter".

Under the government's winter plan, if the measures currently in place are not enough to prevent "unsustainable pressure" on the NHS, then steps like making face coverings mandatory in some settings and introducing vaccine passports could be considered as part of Plan B.

The prime minister told ministers the government had "a plan in place to steer the country through this period" and that people should "continue to follow the guidance and get their jabs when called upon".

Downing Street said Mr Johnson had stressed that the government's autumn and winter plan "continues to keep the virus under control".

No 10 said the government was "not complacent" about rising cases but that, due to the vaccination programme, "the levels we are seeing in both patients admitted to hospital and deaths are far lower than we saw in previous peaks".

The seven-day average of new Covid cases in the UK has risen from around 34,000 a day at the beginning of October to 44,145 cases per day.

The number of deaths within 28 days of a positive coronavirus test reported on Tuesday was the highest since 9 March, although due to reporting lags over the weekend daily figures are often higher on a Tuesday. 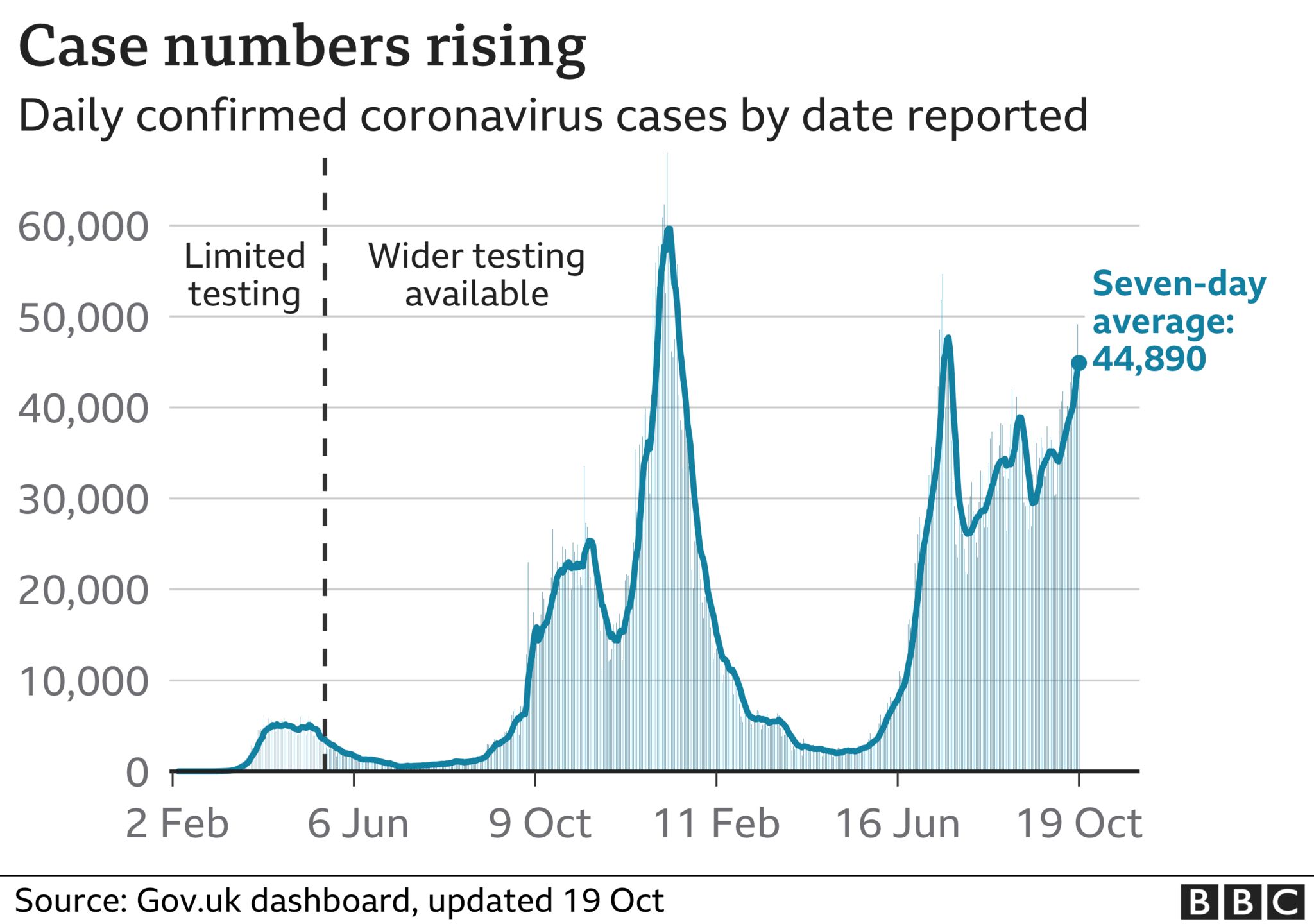 He said there were "no plans" to use the Plan B contingency measures but stressed that the most important message for the public was "the vital importance of the booster programme and indeed for those children who are eligible to come forward and get our jab".

Children aged 12 to 15 in England will be able to book their jabs at vaccination centres, as well as through school, after concerns about rollout delays.

Health Secretary Sajid Javid told MPs younger teenagers would be able to book their jabs outside of school to "make the most of half-term".

Earlier Prof Neil Ferguson, who is a member of the government's Scientific Advisory Group for Emergencies (Sage), said it was "critical" to accelerate the booster jab programme, as well as for younger teenagers to receive a vaccine.

He said there was no reason to "panic right now" but "people need to be aware that we have currently higher levels of infection in the community than we've almost ever had during the pandemic".

On Tuesday Northern Ireland announced its own autumn and winter plan, which will see face coverings remain a legal requirement in crowded indoor spaces.

The Welsh government has previously set out its plans for winter, with First Minister Mark Drakeford saying Christmas this year was likely to be more normal.

Scotland has set out a winter vaccination strategy and already has measures in place such as the requirement of proof of vaccination status at nightclubs and face masks in schools.

Meanwhile, officials say they are monitoring a new descendant of the Delta variant of Covid, which is causing a growing number of infections.

Downing Street said that there was "no evidence to suggest it is more easily spread".