President Joe Biden is struggling with a surge in coronavirus cases, an impending wave of evictions and spikes in consumer prices that have left the White House looking unprepared—and threaten to undercut months of more sure-handed work on the Covid-19 pandemic. The president surprised Congress last week with a last-minute plea to extend a federal evictions ban, mere days before the moratorium’s expiration, leaving lawmakers little time to act.

Federal authorities also last week recommended that Americans resume wearing masks in indoor public places to curb the delta variant’s rapid spread, an outbreak telegraphed a month ago when cases started climbing in under-vaccinated parts of the South and Midwest. Biden implored vaccine holdouts to get the shot, even offering them $100 and warning federal workers they’d have to wear masks, socially distance and restrict their travel if they refuse.

The moves reinforced the impression that the Biden administration was somehow caught off-guard by delta, after the president had previously won high marks in opinion surveys for his handling of the pandemic. The sudden eviction chaos, coupled with the pandemic’s comeback and Biden’s response, overshadowed a major achievement earlier in the week when the president sealed an agreement across party lines for a $550 billion public works bill, one of his top priorities. Read more from Jordan Fabian. 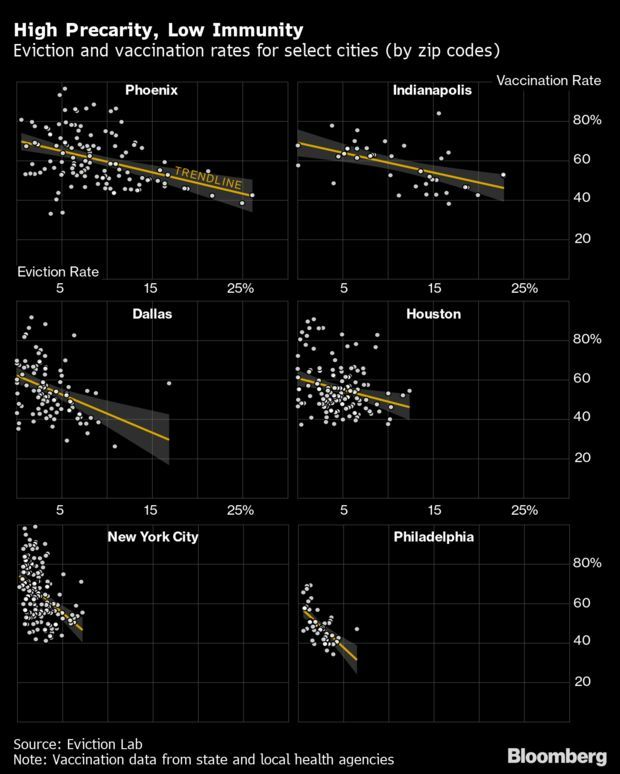 HELP Markup: The Senate Health, Education, Labor and Pensions Committee is scheduled tomorrow to mark up four bills including:

Expanded Medicare Benefits Plan Raises Equity Questions: Congressional Democrats’ plan to add hearing, vision, and dental coverage to Medicare is stirring debate about its potential effects on low-income beneficiaries and whether it advances the push for health equity. Given HHS Secretary Xavier Becerra’s push for equity in federal health programs, some argue the plan—which could cost $358 billion over 10 years—would better cut disparities if it was targeted to the needy. Tony Pugh has more.

More on the Pandemic

CDC Scaled Back Breakthrough Case Hunt: The U.S. agency leading the fight against Covid-19 gave up a crucial surveillance tool tracking the effectiveness of vaccines just as the far more transmissible delta variant was emerging. While the Centers for Disease Control and Prevention stopped comprehensively tracking what are known as virus breakthrough cases in May, the consequences are only now starting to show. At the time the CDC saw only 10,262 such cases in the U.S. But weeks later, that number has grown.

And while the CDC has stopped tracking them, many states have not. Bloomberg gathered data from 35 states and found 111,748 breakthrough cases through the end of July, over 10 times the CDC’s April tally. With 170 million Americans vaccinated, virus cases in vaccinated people are expected. But the decision to not track mild or asymptomatic cases is now being questioned, including by state officials dealing with the virus on the front lines. Read more from Drew Armstrong, Rebecca Torrence, and Fiona Rutherford.

Frequent Tests Urged to Help Curb Spread: The delta variant has prompted infectious disease physicians to call for ramped-up Covid-19 testing to prevent infected, vaccinated people from spreading the illness unknowingly. “We need a lot more testing. And we need to think about how do we scale up testing in an effective way,” said Carlos del Rio, an epidemiologist at Emory University. “Identifying people before they infect others, I think it’s critically important.” Read more from Jeannie Baumann.

Florida Becomes U.S.’s Epicenter as Delta Takes Hold: Florida reported 21,683 new cases Friday, breaking a daily record for the entire pandemic, according to data from the CDC. The state’s previous one-day record was over 19,100 in early January, according to CDC data. As the highly infectious delta variant has spread, new infections in Florida have skyrocketed in the last month, from a low near 1,000 new daily cases last month. Florida now accounts for one in five new infections in the country. Ian Fisher has more.

‘All Hands on Deck’ at FDA to Review Pfizer Shot: U.S. drug regulators are taking an “all-hands-on-deck approach” to reviewing Pfizer and BioNTech’s shot for full approval in an effort to persuade as many as possible to get immunized. The FDA is “identifying additional resources such as personnel and technological resources from across the agency and opportunities to reprioritize other activities, in order to complete our review to help combat this pandemic surge,” a spokesperson said. Fiona Rutherford has more.

What Else to Know Today

Final Medicare Hospital Pay Rule Nears Release: A final rule setting Medicare hospital payment rates for 2022 has cleared White House review and can be published at any time by the Centers for Medicare Medicaid Services. The proposed rule issued in April would give acute-care hospitals an overall 2.8% jump, or another $2.5 billion, in fiscal 2022. Long-term care hospitals would receive an extra 1.4%, or $52 million under the proposal, which published May 10 in the Federal Register. Read more from Tony Pugh.

Proposal Would Allow States to Pay Home Health Worker Benefits: States would be able to use Medicaid money to pay for home health workers’ health and training benefits or union dues under a proposed rule issued Friday by the Centers for Medicare Medicaid Services. The proposed rule, if finalized, would re-establish states’ flexibility to allow home care workers and personal care assistants to enroll in—and use Medicaid to pay for—”typical employee benefits” like health insurance or employee training. It would apply to individual health practitioners who rely on Medicaid for their livelihood, generally by taking care of some of the “most vulnerable” beneficiaries in their own homes, the CMS said in a statement. Read more from Fawn Johnson.

To contact the reporter on this story: Brandon Lee in Washington at [email protected]

We, and third parties, use cookies and other electronic tools to enhance your experience, analyze site usage, and deliver advertisements tailored to your interests. For more information, please read our Privacy Policy. By clicking "Save Settings", you agree to the use of these tools.

To opt out of sharing your information for advertising purposes you can choose below under “Advertising” to opt-out of all or adjust your specific choices. You may also submit a request via this Do Not Sell My Personal Info link.

These cookies are required to enable core site functionality.

These cookies allow us to analyze site usage so we can measure and improve performance. They collect information in a way that does not directly identify individuals.

Thank you, your preferences have been saved. You can change your settings anytime using the Cookie Preferences link in the footer of the website.

Thank you, your preferences have been saved. You can change your settings anytime using the Cookie Preferences link in the footer of the website.

By saving your settings you are agreeing to the use of these tools. You can change your settings at anytime using the Cookie Preferences link in the footer of this website.