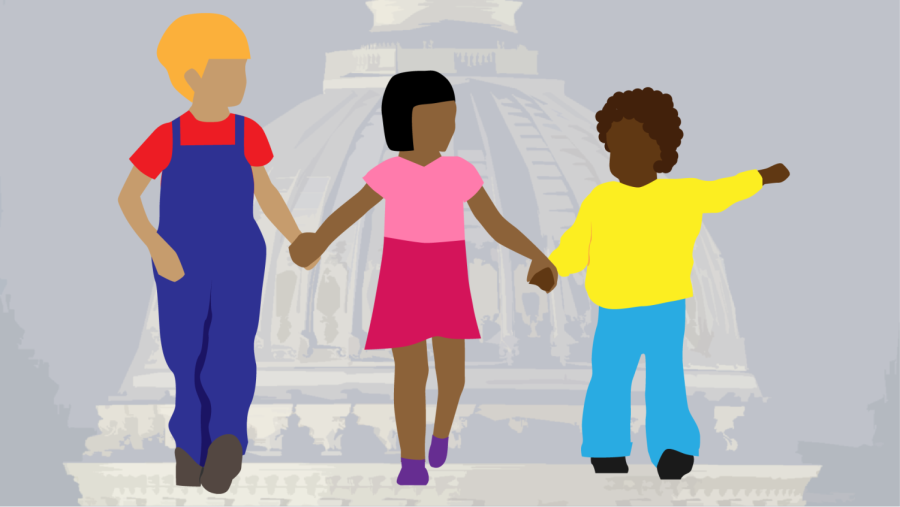 While the healthcare debate in Utah may have ended with the expansion of Medicaid, children have been left behind. Utah is regarded as a great state to raise children, known for low rates of divorce and many children per family. However, it’s one of the worst states for children’s health insurance, with over 82,000 Utahn kids left uninsured. Most of those children are eligible for health insurance through Medicaid or the Children’s Health Insurance Program (CHIP), but still face barriers in getting coverage. This past fall, an effort to pass the Cover All Kids initiative has started again after barely failing to pass in 2021’s spring legislative session.

Every child in Utah deserves access to healthcare, regardless of their race, background, immigration status, gender or socioeconomic group. The Cover All Kids initiative is an important step to improving the health and economic welfare of everyone in our state.

Medicaid and CHIP both support thousands of children’s health needs. The progress made by Medicaid expansions and the CHIP program will help protect children in Utah. And yet, the majority of children who aren’t covered are eligible but not enrolled.

However, some groups don’t have as much coverage as others. For years, Utah has seen increasing numbers of uninsured children, especially those who are Latinx. In 2019, 90% of Latinx children in Utah did not have insurance. These numbers directly coincide with the anti-immigrant policies passed during the Trump administration. The anti-immigrant rhetoric and actions during the Trump administration resulted in a “chilling effect.” This means that thousands of parents, fearing potential deportation, failed to sign their children up for programs such as CHIP and Medicaid.

Utah only covers certain children based on their immigration status. Only six states in the nation have prioritized the rights of all children to healthcare.

COVID-19 has also drastically changed the landscape of children’s healthcare. With many parents losing their jobs and healthcare, their children lost coverage as well.

The Cover All Kids Initiative supported Senate Bill 158, sponsored by Sen. Luz Escamilla. If passed, the bill would have expanded access to families at or below 200% of the federal poverty level. This bill failed to pass the Senate. However, it will be reintroduced during the 2022 legislative session, and the enormous support shown for the bill provides hope that Utah will take this important step in protecting children’s health.

Dozens of local organizations have also come to advocate for 100% kids’ coverage. Advocates aim to add more coverage to the bill, including following the examples of other states to cover all kids, regardless of immigration status. States such as Washington and New York have passed legislation to expand coverage to children who don’t currently qualify in Utah.

These organizations go further to suggest more improvements to the health care system than simply 100% coverage. They plan to continue to stress the importance of Medicaid and CHIP and increase education for parents to find solutions. They also want to keep policies made during the height of COVID-19 to require kids coverage year-round, which significantly helps parents avoid the stress of missing monthly deadlines.

Why does covering kids matter? Kids’ lives change for the better when they have health insurance, and their status is used to predict their future success in school and work. Health care coverage can also help diagnose conditions early and decrease children’s risk of developing preventable conditions. It gives parents peace of mind when their child gets injured, and provides expensive medication and care for children with chronic diseases.

Covering Utah kids also saves taxpayer money. Those 82,000 uninsured kids cost taxpayers approximately $8.8 million annually. Uninsured patients raise health care costs for us all. Because health insurance coverage is linked to better performance in schools, Utah could see an increase in graduation levels. As more and more individuals reach higher levels of education, their jobs could have increased incomes. This could result in millions of dollars added to Utah’s personal income, and hundreds of thousands to tax revenue.

With 1 in every 11 Utahns born in another country, we have a large number of community members whose children are left out of health insurance coverage. Prioritizing these families and making a stand against xenophobia in government will help these families and unite our state. No child should be deprived of good health because of their immigration status.

A state’s treatment of its children indicates a state’s health and well-being as a whole. If Utah continues to let these children slip through the cracks of a complicated, unfair system, then our state isn’t as child-friendly as we advertise. Passing the Cover All Kids Initiative will tell the nation that Utah prioritizes its children, and recognize that when all kids are healthy, we all succeed.