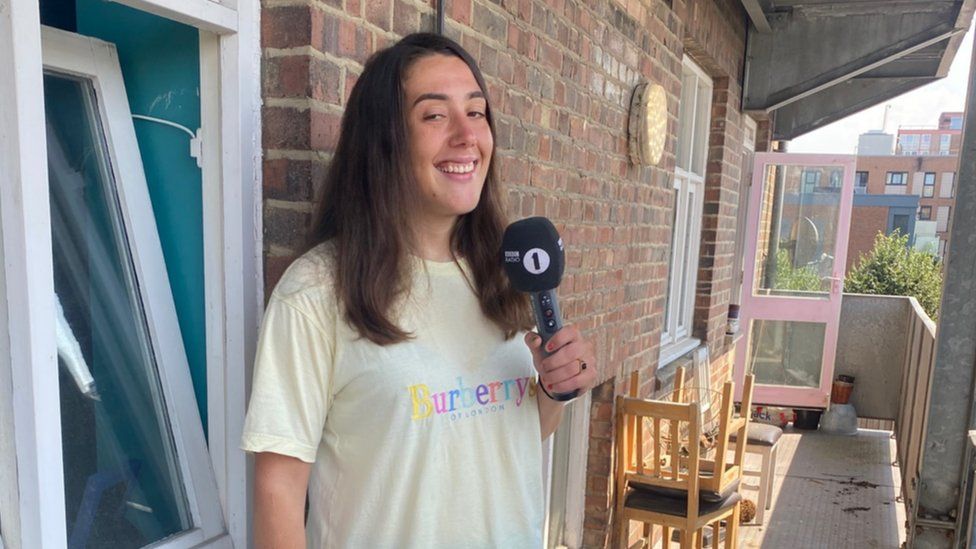 "This is the first place that I've been able to call home, like really relax and feel safe and just be myself."

Amber left rehab 18 months ago. She'd been staying at friend's houses or her partner's with no place of her own to call home.

But for the past three months she's been living at Amy's Place, a recovery house for women with addiction problems.

It's funded by the Amy Winehouse Foundation, which was set up after the singer's death in 2011 by her family.

Amy died of alcohol poisoning, but suffered from drug and alcohol addiction for many years along with an eating disorder and mental health problems.

Her dad's wife, Jane Winehouse, was involved in setting up the recovery house to help provide women with the help Amy didn't get.

'I'm around women in the same position'

"It's been really overwhelming but in quite a positive way," Amber tells Radio 1 Newsbeat.

"A lot of my addiction was very isolated and on my own, so it's been nice to be around women who are also in the same position as me and we really do come together and support each other."

The house has communal spaces where women take part in music, yoga and art therapy and daily check-ins where they can share their thoughts on how recovery is going.

It also has a number of self-contained flats with their own cooking and living spaces so that the women can live independently - but know where help is when it's needed. 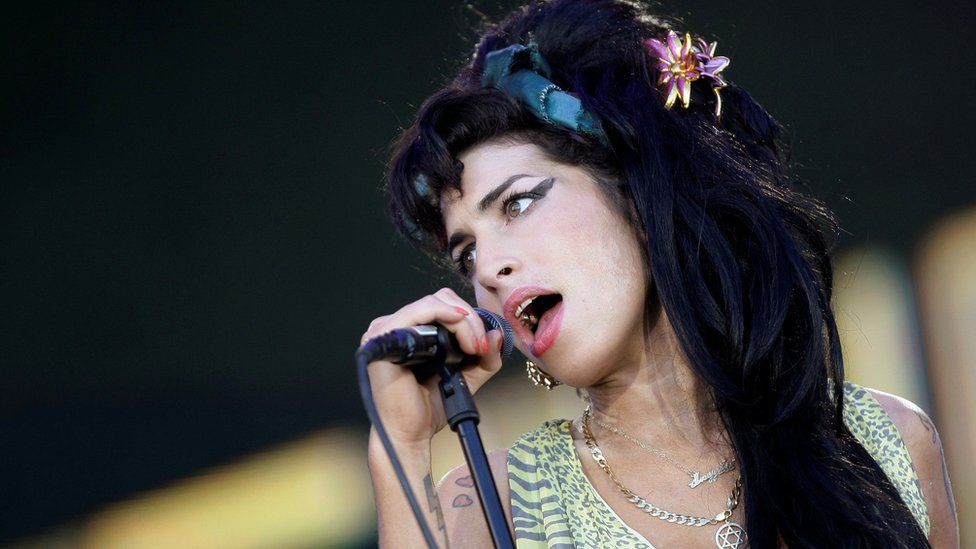 image captionAmy Winehouse died of alcohol poisoning at the age of 27, in 2011

Hannah has been working as a manager at Amy's Place since it opened five years ago.

"We went around rehabs and asked women what they wanted from a recovery supported accommodation service," she says.

"They wanted a key worker to help them with practical support like benefits advice, housing options and referring to counsellors, so we've basically developed the service on all those support needs."

Hannah says over the last couple of years it's added in more support based on feedback from women, such as help for eating disorders and sexual trauma.

"Being a young person in recovery from drugs and alcohol - all of their friends might be associated with their drink and drug use, so there's a real emphasis on women only supporting each other and that kind of mutual support," she says.

"We want them to eventually move on to independent living and be fully equipped for that and that's what we're here for." 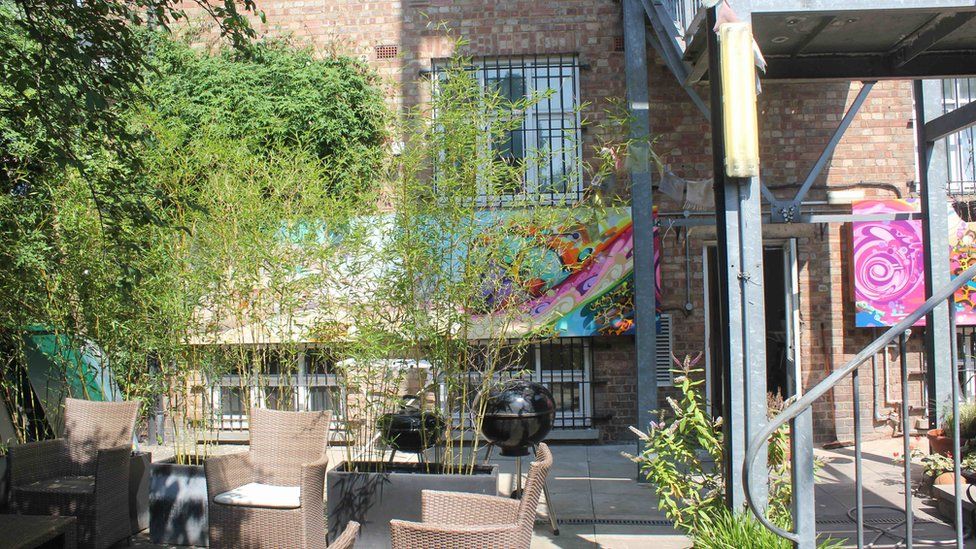 The women who live there are encouraged to work or study too - and Amber has just started her own clothes business.

She says being around 15 other women who have the same goal of recovery makes life a lot easier for her.

"You're able to build yourself up over time with the support of the women here and the staff," she says.

"Often I'd come out of either prison or rehab and I'd done a lot of work on myself but the outside hadn't changed so it was easy to slip back into old ways.

"But here you're in a community that understands you, where you're shown unconditional love and that's just really nice."

If you have been affected by any of the topics discussed here, you can get advice from BBC Action Line .