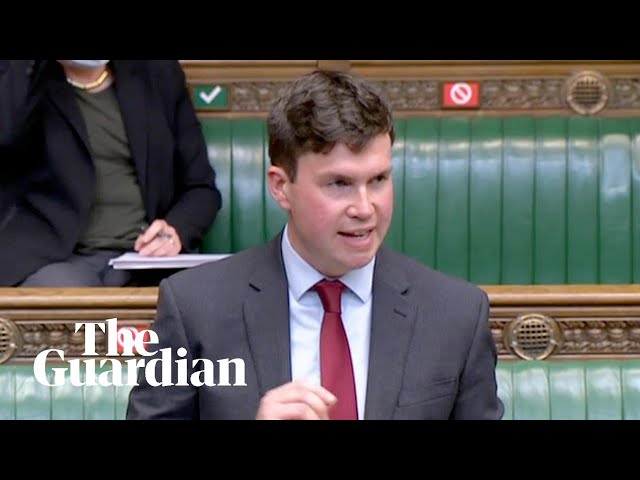 ‘Be proud of who you are,’ Dan Carden urges young people as he recalls trauma of hiding his sexuality

An MP has fought back tears as he revealed his alcohol addiction twice nearly killed him amid the pressure of trying to hide his sexuality.

Labour’s Dan Carden urged young people to “be proud of who are you” and “[who] you choose to love” as he recalled the “constant fear of being found out” growing up LGBT.

Speaking during a Commons debate to celebrate Pride month, Carden said he was traumatised by the “daily denials”, which only got worse and led to more shame until he turned to drink.

“It took me a long time to admit that I was struggling with my mental health and alcohol addiction – actually it took repeated interventions from the people who really loved me,” said the 34-year-old MP, who represents Liverpool Walton. “I denied I had a problem, I suppressed my emotions – as I’d learned to do as a kid – and I told myself things were fine.”

Carden said it was only now, in his third year of recovery, he could accept that in his 20s “I twice nearly lost my life to alcohol” and was saved only by the actions of others.

“Drinking was destroying my body, it was damaging me and my relationships in so many other ways,” he said, adding he used alcohol to escape and give up on life.

Carden said his family supported him and friends “quite literally saved my life”, but that it took Alcoholics Anonymous meetings, psychotherapy and counselling to get to the point where he was healthy, loved life and had a wonderful partner.

“I’ve gone from not recognising addiction in myself for so, so long to seeing it everywhere and doing its worst damage in the most deprived communities,” he said.

Carden said addiction was “killing more people and ruining more lives than ever” and had led to the deaths of several MPs – and yet many “would still rather hide its ugly reality”.

In a message to young people, the former frontbencher said: “Pride is about celebrating who we are without shame. In the end, it’s a simple choice: choose to hide or choose to live. My advice is choose to live.”

The Conservative former minister David Mundell said Carden had made a “hugely impressive, moving” speech, while another, Crispin Blunt, praised him for being “very brave about the journey he has been on”.

We will be in touch to remind you to contribute. Look out for a message in your inbox in September 2021. If you have any questions about contributing, please contact us.