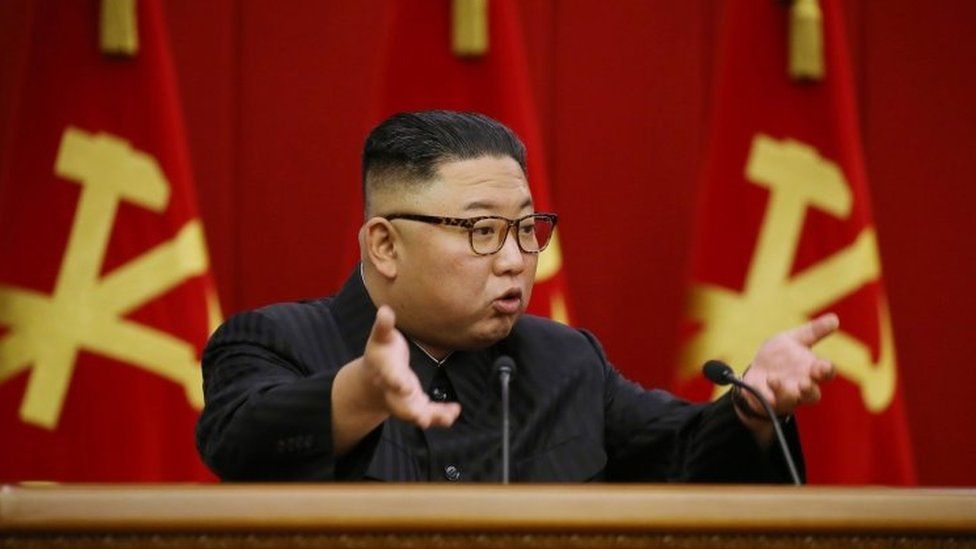 The Supreme Leader's health is usually off-limits in a country where his image is firmly controlled by state media. 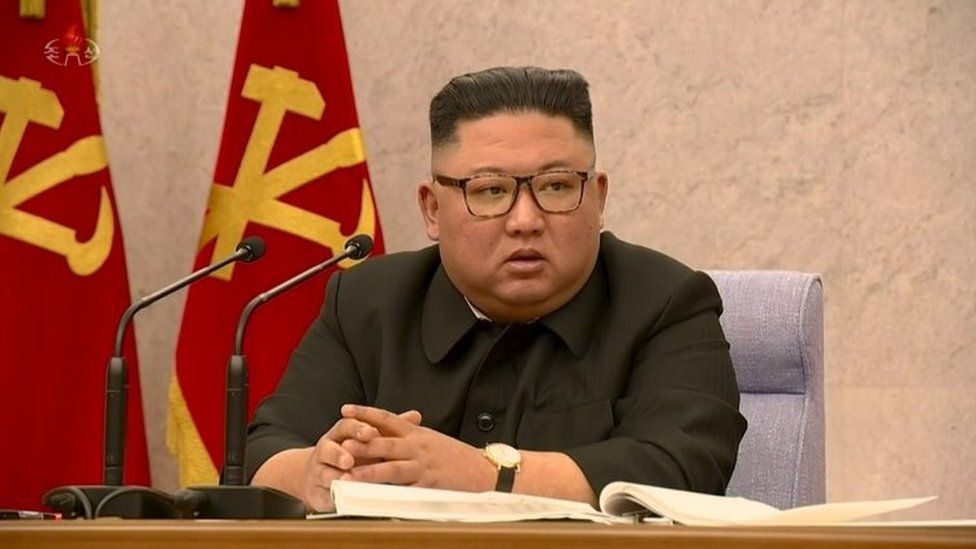 image caption...and this is a picture of the North Korean leader from February this year

There have been persistent rumours about the North Korean leader's health in the decade he has been in power, but they have rarely been acknowledged by the country's notoriously secretive government.

What did North Korean viewers see?

One clip showed him arriving for a concert showing a dramatic weight loss. 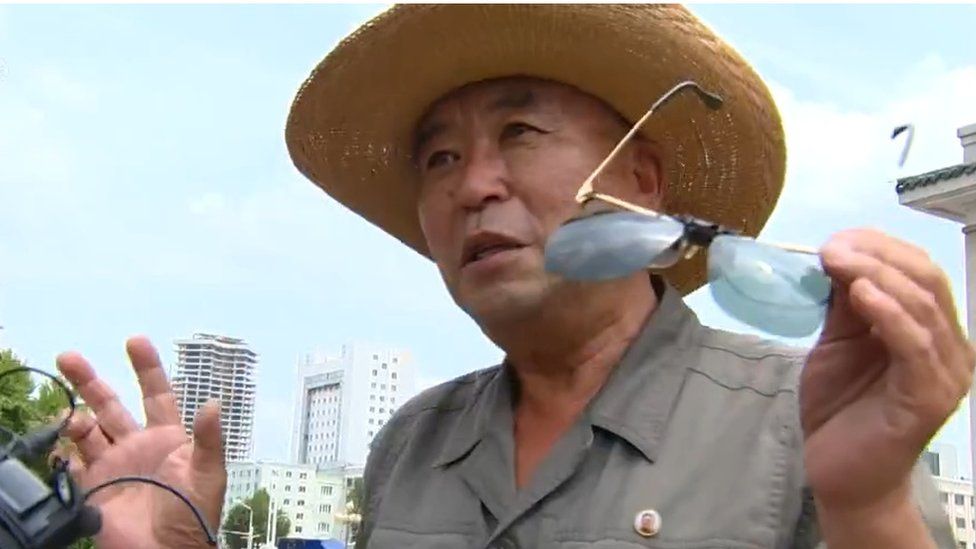 The second - and most unusual clip - was of an unnamed Pyongyang citizen who told Central TV on Friday's main news: "Seeing [Mr Kim] become emaciated like that, we all became so sad.

"Everyone just started to cry," he said.

Analysis by the NK News website showed that the strap on his expensive designer watch was fastened tighter than at earlier events, suggesting that he was losing weight.

We still don't know why the video of the concerned citizen was shown. But Kwak Gil Seob, who heads One Korea Center, a website specializing in North Korea affairs, told the BBC that the Pyongyang regime "would never allow negative news around Kim Jong-un to be published" - meaning that the footage was aired "to show that Kim Jong-un is losing weight by himself".

The clip "shows that he is committed to his people", Mr Kwak said. "Kim Jong-un is using himself as a propaganda platform to emphasise the image of a leader working hard for his people day and night."

Why is this important?

Mr Kim's health has been a cause for concern for much of the time he has been the country's Supreme Leader.

He took over from his late father Kim Jong-il in December 2011 and North Korea watchers have seen his weight steadily increase in his decade in power.

Mr Kim is the third generation of Kims to run the communist state, and North Korea is seen as a hereditary system of leadership descended from what state propaganda call "the noble personages of Mount Paektu" - a sacred mountain in the north where nation founder Kim Il-sung is said to have based his guerrilla war against Imperial Japan.

Kim Jong-un has no clear successor and his death or long-term incapacity may lead to a power vacuum in the nuclear state, bringing fresh instability to East Asia.

It's thought that if his sister Kim Yo-jong is deemed unsuitable, power may shift outside the Kim family for the first time.

Has his health been an issue before?

In 2014, Kim Jong-un disappeared for 40 days leading to speculation that he was critically ill or even dead. When he re-emerged he was seen with a walking stick, leading to observers concluding he had been recuperating from an ankle operation.

There have been periodic disappearances which South Korea's government have concluded may have been for medical purposes.

On one such incident in 2020, Mr Kim emerged with marks on his wrist which may have come from a medical procedure.

He is thought to be 37 years old, and is known to be a heavy smoker. He's also thought to drink heavily as well.

His weight gain over the years has led observers to speculate that he may be suffering from conditions such as diabetes and gout. But since the leader's health - until now - has never been spoken about in state media, these things are impossible to confirm.