Vital Ocean Voices is a series of stories from people living in coastal communities around the Indian Ocean, providing first-hand accounts of the impacts of destructive fishing, pollution and climate breakdown.

In the face of impending climate change impacts, and the pressing need to build resilient ecosystems, a community based group called Anse Royale Watershed Committee joins together to restore mangrove ecosystems on the Anse Royale (Seychelles) coast to reduce their vulnerability and alleviate further impacts of the climate crisis. 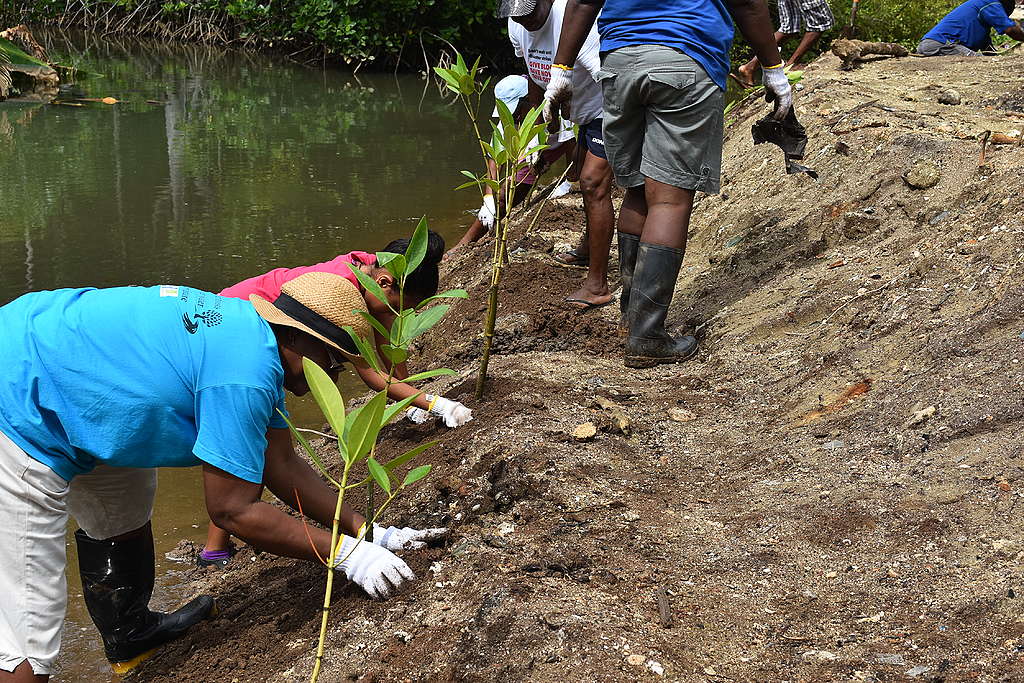 Seychelles is an archipelago of 115 islands located on the east coast of Africa in the Western Indian Ocean. Highly dependent on tourism and fishing as pillars of their economy, Seychelles is a champion of environmental conservation.

Wetlands provide many ecosystem services both to the species that rely on them and to the people of Seychelles. They act as filters for pollution and harmful run-off from rainwater – slowing it down and decreasing its erosive ability. These and other services support the health of seagrass beds and corals, which lie in the lagoon adjacent to the mangrove forests, thereby safeguarding these ecosystems and the livelihoods of artisanal fishermen.

Wetlands are essential socio-ecological systems, and they must be viewed in this way. Mangrove habitats are located on floodplains with high water tables (Editor’s note: the level at and below which water is found in the ground), in areas that are prone to flooding with intense rainfall. The rehabilitation of these wetlands reduces coastal flooding and mitigates droughts as they are connected to three major outlets that evacuate stormwater to the sea. In the last 20 years, residential and agricultural activities have significantly affected the capacity of the wetland to retain stormwater. This has resulted in flooding. As people have become aware of this service, land that had been reclaimed for farming has now been reinstated to the wetland resulting in less flooding. People are slowly beginning to realise the importance of these wetlands, although it still seems that their worth is often understated. 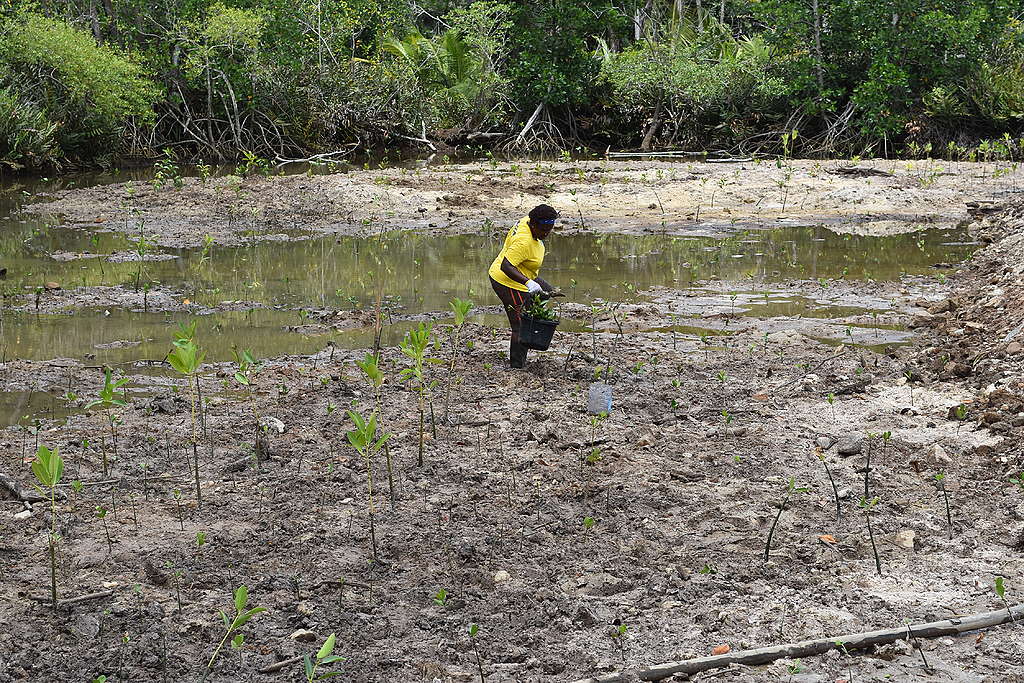 Terence Vel and Monica Samson, two of the people very committed to restoring these vital habitats, shared the secrets to their motivation and success with us.

“Seychelles’ mangrove forests have seen destruction since the arrival of the first French settlers and it’s sad that some people don’t appreciate the value of this important coastal ecosystem. The Anse Royale wetlands were in a dire state before rehabilitation began; there were only three species of mangroves. Since then, and due to efforts to mimic the composition of the previous forests, there are now six species present,” says Vel. 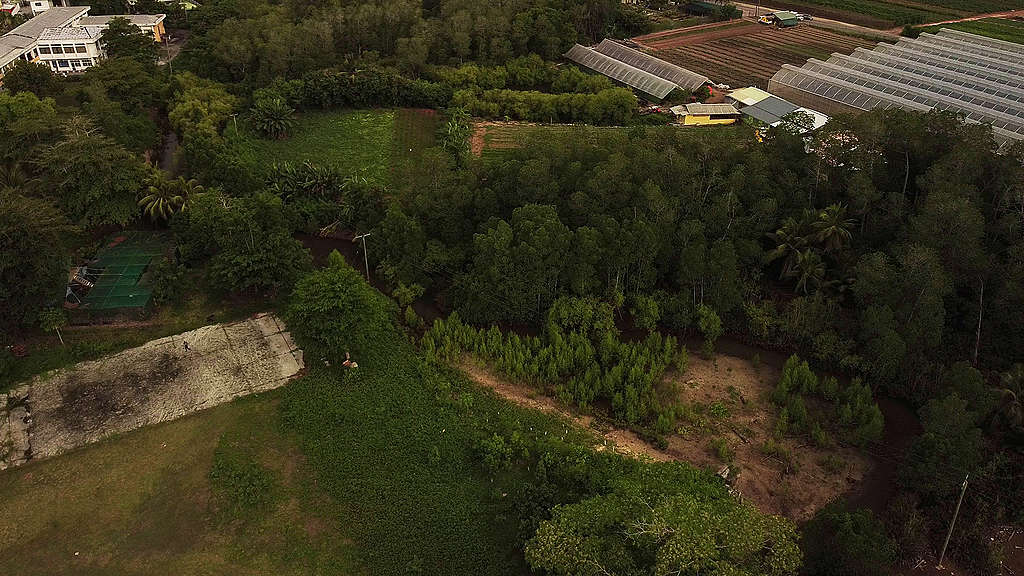 A mangrove rehabilitation program was initiated in 2016. This has seen the creation of a nursery that houses propagules that were planted by school children, wildlife club members and communities. Since the inception of the program, the Wildlife Club of Seychelles has delivered workshops training volunteers on best practice techniques for mangroves. Vel tells us the wetland rehabilitation site is growing so fast that monitoring efforts can’t even keep up with the burst of new growth.

It’s hard to find committed volunteers for stewarding the mangrove forest and community engagement is important for the mangrove restoration process.  All interested community members must be kept involved, especially the watershed committees. Vel also says “we need to nurture the sense of ownership that community members have toward the wetland and its associated watersheds”. These committees are groups of residents and volunteers driven by their passion for the environment, founded through the Ecosystem-Based Adaptation to climate change in Seychelles (EBA project).

“It’s a success story” exclaims a jovial Vel when talking about the EBA rehabilitation efforts made by himself and other equally dedicated individuals like Monica Samson.

Samson, 56 years of age, has witnessed first-hand the shrinking of the wetlands over the years. She understands the value of conservation of the wetland for biodiversity. 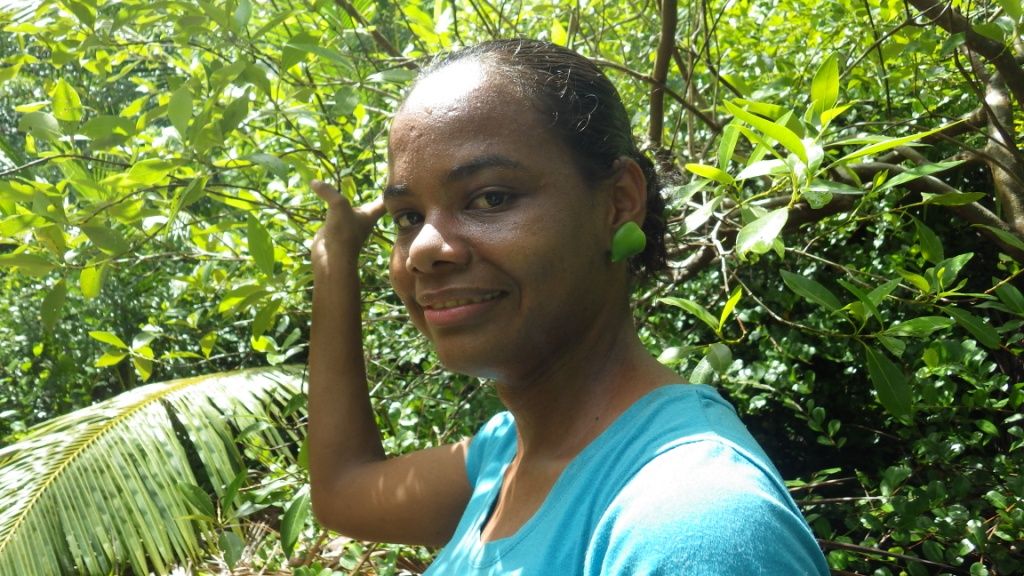 An earring made from mangoves © Terence Bel

“I have helped rebuild the wetlands because I love nature, especially these mangroves. I remember the days I played in the mangroves as a child using the mangrove twigs to build all sorts of funny jewelry. As a member of the Anse Royale watershed committee I hope now and in the future people will think and act more responsibly and help to preserve the wetlands” she muses as the mangrove leaves behind her dance in the wind.

Rajelle Barbe, Rebecca Portlouis, Terry Mousbe and Nassirah Dorby are Students at the University of Seychelles pursuing a B.Sc. in Environmental Science who are highly devoted towards environmental protection and passionate about their respective fields of interest.