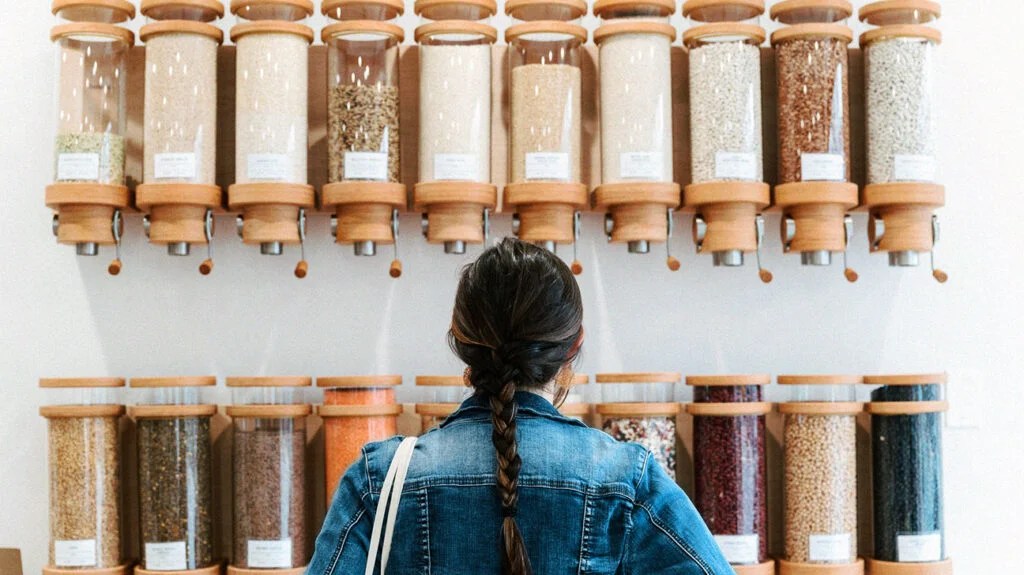 The fiber in foods such as fruit, vegetables, and whole grains has an impressive range of health benefits.

People who eat a lot of fiber also tend to have better gut health, partly due to the effects of fiber on the community of microorganisms that live in their intestines, known as the “gut microbiota”.

In the past decade, scientists have found multiple links between gut microbiota and human health, particularly due to interactions between bacteria and the immune system.

People take commercially available probiotics in the belief that they add beneficial or “friendly” bacteria to their gut microbiota and so improve their health.

Several studies show that gut microbes affect people’s response to immune therapy for cancer, but there is less research into the contribution of diet and probiotic supplements.

“Research from our team and others has shown that gut microbes impact response to immunotherapy treatment, but the role of diet and probiotic supplements has not been well studied,” says Jennifer Wargo, M.D., professor of genomic medicine and surgical oncology at the MD Anderson Cancer Center in Houston.

In a new observational study, Prof. Wargo and her colleagues found that people with melanoma who ate a high-fiber diet responded better to immune therapy.

These individuals were significantly more likely to survive without their cancer worsening after around 13 months of treatment.

Once the researchers had accounted for other clinical factors, they found that every 5-g increase in daily dietary fiber intake was associated with a 30% lower risk of cancer progression or death.

Intriguingly, people who ate sufficient quantities of fiber but did not take probiotic supplements appeared to get the greatest benefit from treatment.

The scientists found that those who responded well to immune therapy had a greater abundance of a family of bacteria called Ruminococcaceae and a species called Faecalibacterium prausnitzii Trusted Source in their gut.

These bacteria help to digest fiber and starch.

The differences between people who did and did not respond to treatment were significant even after researchers accounted for other factors that affect the microbiota, such as body mass index (BMI), age, and antibiotic use.

The study appears in the journal Science .

The researchers asked 128 people with melanoma to complete a questionnaire to assess their diet and use of probiotic supplements over the past month.

They also gauged the relative abundance and diversity of bacterial species living in their gut by analyzing fecal samples.

These people were initiating anti-cancer drugs called immune checkpoint inhibitors, which prevent immune cells from switching off before killing all the cancer cells.

For the purposes of the study, the scientists defined “sufficient” daily intake of dietary fiber as at least 20 g of fiber from fruit, vegetables, legumes, and whole grains.

Only 37 out of the 128 people met the criterion for sufficient fiber intake. After a median of 13 months of treatment, these individuals were significantly more likely to have survived without their cancer progressing.

Out of 22 people who reported sufficient fiber intake and no probiotic use, 18 (82%) responded to immune therapy.

By contrast, out of 101 people who reported insufficient fiber intake or who took probiotics, 60 (59%) responded to the treatment.

Possibly due to the small number of participants in the study, there was no statistically significant link between probiotic use alone and response to treatment.

Knowledge is power. Get our free daily newsletter.

Dig deeper into the health topics you care about most. Subscribe to our facts-first newsletter today.

Your privacy is important to us. Any information you provide to us via this website may be placed by us on servers located in countries outside of the EU. If you do not agree to such placement, do not provide the information.

As an observational study, the research could not prove that dietary fiber was directly responsible for any improvements in treatment response or that probiotics reduced the benefits.

In addition, the researchers had to rely on people’s ability to recall accurately the kinds of food they had eaten and their use of probiotic supplements.

An ongoing randomized clinical trial, led by co-first author Jennifer McQuade, M.D., aims to provide stronger evidence of how diets with varying fiber content affect the microbiome and response to immune therapy in people with melanoma.

To help confirm the results of their observational findings in the newly published study, however, the scientists also conducted tests in animal models of melanoma.

When they fed mice a low-fiber diet or probiotics, the animals did not respond as well to immune therapy compared with controls.

In addition, the researchers found that the mice that ate a low-fiber diet or probiotics had fewer immune cells called cytotoxic T cells in their tumors.

“Together, these studies support the need for more careful investigations of the effects of current commercially available probiotic formulations on immunity and cancer immunotherapy response.”

“[I]f you have a sufficient dietary fiber intake, by taking commercially available probiotics, you may, in fact, harm your response to cancer immunotherapy,” said Prof. Wargo in an interview with Medical News Today.

She speculated that the bacteria in probiotics might disrupt the gut microbiota somehow.

“If you think about these commercially available probiotics, it tends to be one particular species and to a high extent,” she explained.

“It could throw off the balance of the gut,” she added.

Prof. Wargo said the experiments in mice found that probiotics reduced the diversity of their gut microbiome — which tends to be worse for health — and impaired their response to immune therapy.

While other studies suggest that probiotics can be beneficial, “people need to really be aware that they may not help and they may in fact harm,” noted Prof. Wargo.

Dr. Andrea Wong, senior vice president of scientific and regulatory affairs at the Council for Responsible Nutrition, told MNT that probiotics can provide a wide range of health benefits.

“While probiotics are most widely known for their role in maintaining digestive health, research shows benefits of specific organisms for immune function, brain health, oral health, and heart health, among others, and the body of scientific research supporting the use of probiotics continues to grow.”

However, she emphasized that cancer is a complex disease, and any interventions used to complement treatments should be “carefully and extensively studied.”