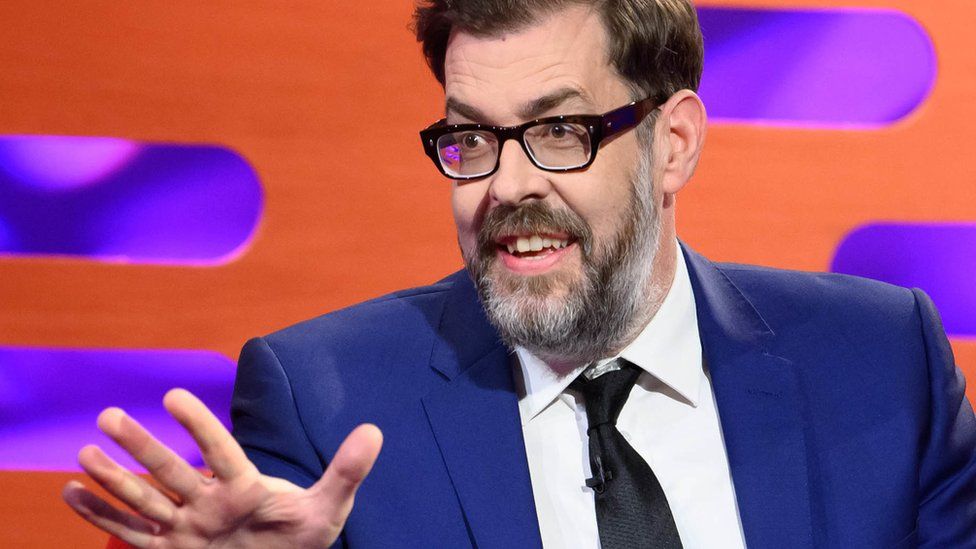 Richard Osman is the creator and co-presenter of Pointless, and also now a best-selling author

Richard Osman, the TV personality and author, has spoken about how hard it is to "work your way out of" an eating disorder.

The 51-year-old told BBC Radio 4's Desert Island Discs he had therapy in his 30s to address his food issues.

The Pointless star's best-selling debut novel, The Thursday Murder Club, saw him named author of the year at the 2021 British Book Awards.

He said food addiction doesn't have the "doomed glamour" of drugs or alcohol.

"But if an alcoholic came to my house they would be shocked to see bottles of gin and bottles of wine, completely untouched," Osman told presenter Lauren Laverne. "Because an alcoholic couldn't have that in their house.

"And if I came to your house and there were crisps or chocolate bars untouched in the fridge, I'd be like 'What? How are they untouched?' - if I'm going through an episode."

The addiction, he said, "is identical" to that experienced by people with alcohol and drug addictions. "The secrecy of consuming these things, the shame behind it," he noted.

"And food is a tricky one, because booze and drugs you can just give up. [It is] unbelievably difficult but [with] a zero tolerance policy.

"Whereas if you're addicted to food or to love or all these things that are sustaining, you do still have to have them, and so it's quite a hard one to work your way out of."

BBC Action Line has more details of organisations which can provide advice, information and support for people affected by eating disorders.

Osman recalled how despite having a successful television career and a family with two children, he had been left feeling directionless.

He sought professional help for his problems, including those connected with food, which had been with him since childhood. He believes they will be with him for the rest of his life.

"I'm either controlling it or not controlling it at any given time, and these days I control it more often than I don't, but it's actually quite hard and sometimes you do slip, but I try my best and I certainly have no shame about it now." 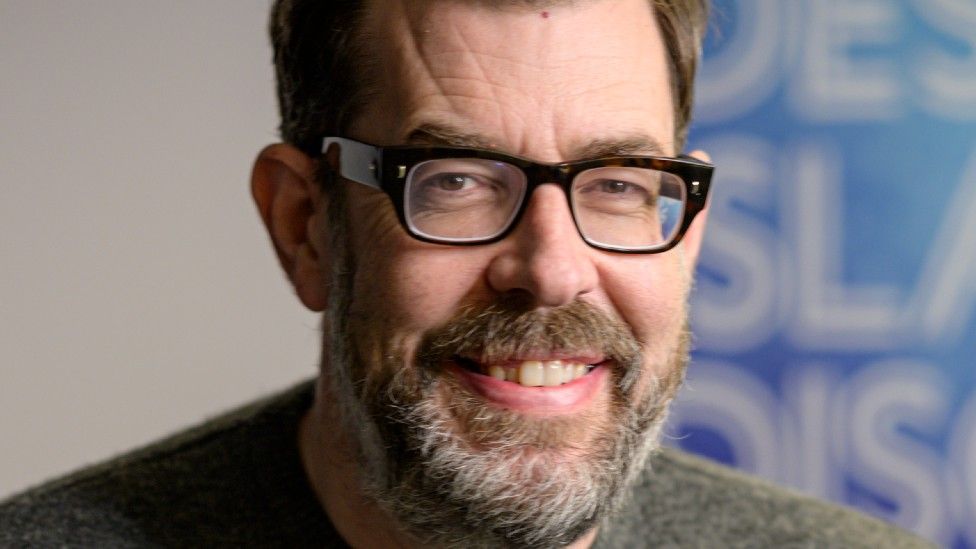 He talked about his childhood, saying his father leaving the family home when Richard was nine came as a complete shock, and he "shut himself down" in response.

The broadcaster encouraged listeners on Boxing Day who may "over-eat" to tackle the issue.

"Listen, we all have something that gets us through life and you know if that's yours, then we have to face it head on," he continued.

"It's just not being so afraid of life and afraid of what will happen if you put yourself out there.

"That's a difficult journey and it doesn't come naturally to me, but the more I try it, the happier I get."

Tom Quinn, director of external affairs for eating disorder charity Beat, told the BBC: 'We are so grateful to Richard Osman for choosing to speak openly about his food addiction.

"Sadly there is still stigma surrounding men who experience disordered eating, which can make it more difficult for men to recognise symptoms in themselves and reach out for help.

'Whenever people in the public eye share their experiences with disordered eating, it helps to reduce the misconception that disordered eating only affects women, and can encourage more people to reach out for support."

He said the charity estimates there are about 300,000 males in the UK with an eating disorder, and that during the pandemic they saw a "huge increase" in people reaching out for support.

'We'd like anyone [who is} struggling to know that support is available, and making a full recovery from disordered eating is possible. If you are worried about yourself or somebody you know, please reach out to your GP as soon as possible," he said.

For years, scientists have debated if food addiction really exists, and in a 2013 report, addiction researcher and academic Sally Marlow wrote that binge eating - which has been linked to obesity - was the only type of eating disorder where it was thought that addiction played a role.

"Although we tend to trivialise the idea of addiction and food being related - many of us have at some point referred to ourselves as addicted to chocolate - Binge Eating Disorder is something which holds people within its grip," she said.

"It causes physical and psychological harm and is utterly miserable. Just like other forms of addiction."

Osman, who rose to fame as the knowledgeable sidekick on the BBC TV gameshow Pointless, having worked behind the camera on shows like Deal or No Deal, has recently become known for his very successful novels.

Hollywood producer Steven Spielberg snapped up the movie rights to last year's Thursday Murder Club, a tale of four elderly amateur sleuths. The book broke sales records and soared to the pinnacle of the best-sellers' list in the UK.

Its follow-up, The Man Who Died Twice, finished runner-up in this year's official Christmas book chart, Nielsen Book Services announced this week. The book has become one of the fastest-selling novels since records began.

In September, Osman told the BBC he is not going to get complacent about his achievements.

"I've been through my creative life with great TV shows that fail and not-so-great that succeed so I'm rarely surprised by anything," he said. "But I'm humbled and amazed.

"I'm thinking 'what a lovely thing to have happened and I get such lovely comments in the street, but I'm with Kipling on success and failure: you have to treat them in just the same way'."

The broadcaster, who is in a relationship with the actress and comic Ingrid Oliver, added he is "now in a place where I want to be".

"I'm happy with myself, I've got these beautiful kids, I've met the woman who I'm going to be with for the rest of my life and that thing of competition and ambition - you soon realise that rocket fuel disappears and it's about happiness, and my kids bring me happiness and Ingrid brings me happiness."