The UNC School of Medicine Lab of Kathleen Caron, PhD, discovered that the protein VE-cadherin is a key player in the maintenance and function of lymphatic vessels in the heart, but that loss of these vessels is not associated with decreased heart function after heart attack. 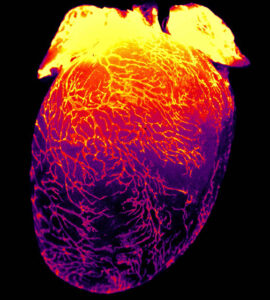 CHAPEL HILL, NC – Scientists at the UNC School of Medicine led a study to advance the understanding of lymphatic vessels, which transport lymph, a clear fluid containing important molecules, immune cells and fluid, away from organs and tissues and back to the bloodstream. Although anatomists first described the lymphatic system centuries ago, scientists only recently developed the tools to tease apart its distinct and specialized roles in different organs. 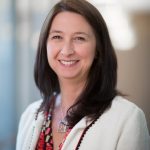 “Everyone had assumed that cardiac lymphatic vessels would be critical for preventing the abnormal buildup of fluid in the heart after injury, but our work suggests that might not be the case,” said study senior author Kathleen Caron, PhD, professor and chair of the UNC Department of Cell Biology and Physiology. “Our work also underscores the fact that lymphatic vessels tend to have very specialized functions in different parts of the body.”

In experiments led by UNC-Chapel Hill graduate students Natalie Harris and Natalie Nielsen, the researchers found that deleting the VE-cadherin 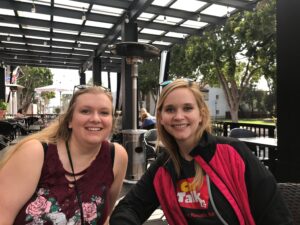 But the researchers also used these cardiac-lymphatic-deficient mice as a new kind of model for studying the role of cardiac lymphatics in normal heart function and heart repair after injury. The findings here were quite unexpected.

Compared to the hearts of mice with normal cardiac lymphatics, the hearts with almost-no-lymphatics appeared to beat and pump blood normally.  They did not accumulate fluid and swell up, as often happens to tissues in the body when local lymphatics are disrupted. This was surprising, given that the researchers demonstrated that these VE-cadherin deficient cardiac lymphatics were not functioning normally at baseline. Following an experimentally induced heart attack, the lymphatic-deficient hearts did not function any worse than did hearts with normal lymphatics.

Scientists who study the heart had widely assumed that cardiac lymphatics have important supporting roles in ordinary heart function but also in repair after injury.  Numerous prior studies demonstrated that experimentally increasing the growth of cardiac lymphatics after a heart attack improves heart function.  It was assumed that this effect was due to a prevention of fluid buildup and swelling, also called edema.

“This interesting mouse model tells us that preventing cardiac edema may not be the primary function of cardiac lymphatic vessels after injury,” said Caron, who is also a member of the UNC McAllister Heart Institute.

Based on their new findings, Caron and colleagues plan to explore whether lymphatic vessels perform other important functions in supporting the heart. For example, the lymphatic system, which includes lymph nodes connected together by a superhighway of lymphatic vessels, helps the immune system detect infections and injuries, mobilize proper responses, and traffic immune cells to and from tissues during the injury and repair process. Caron’s lab is now investigating these potential immune-related functions in heart lymphatic vessels.