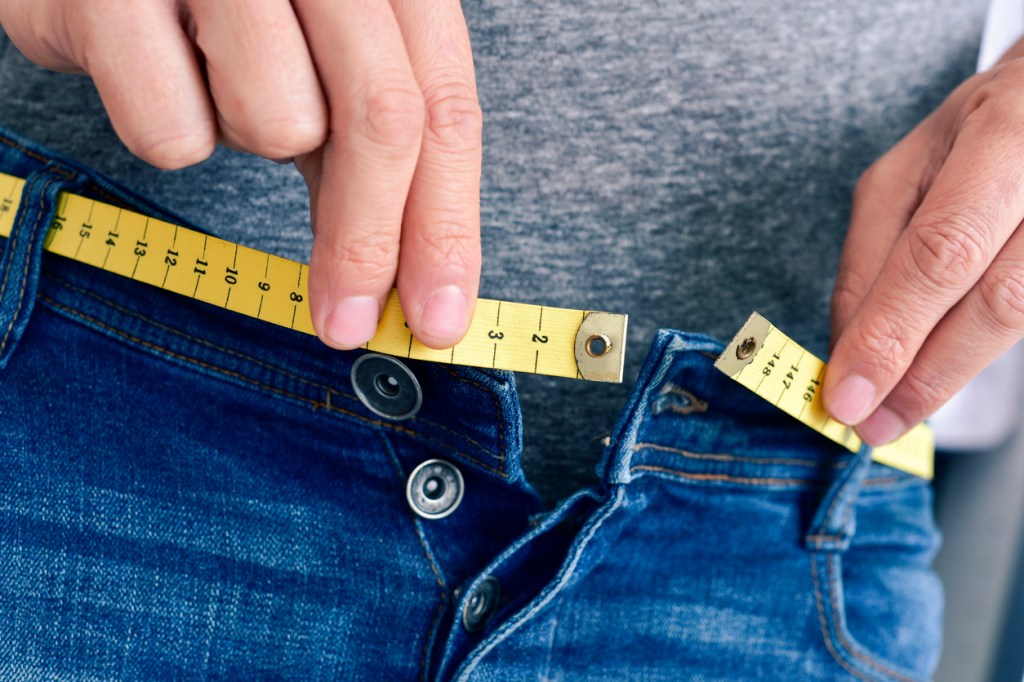 If you’re like me, you are currently working from home and scrolled past a headline about not being able to fit into your jeans from when you were 21-years-old so you went into your closet and tried them on. It was a VERY tight fit but I was able to squeeze into them, and now I’m not sure what that means for my future health outlook based on this news.

The gist is this: a new study published claims that people who cannot fit into the jeans they wore when they were 21-years-old are at increased risk of developing Type 2 Diabetes. This study doesn’t take into account the rise and fall and rise of skinny jeans.

This same study found that people who don’t fit into their jeans from 21-years-old but are able to go out and lose 10-15% of their body weight are able to ‘achieve remission’ and reverse the risk. It’s that simple, just go lose 15% of your body weight!

The gist of the study (shared on The Guardian) is this:

Eight in 12 people managed to “get rid” of their condition by losing 10 to 15% of their body weight. The participants, who had type 2 diabetes despite having a “normal” body mass index (BMI), managed to cut the levels of fat in the liver and pancreas, and the activity of the insulin-producing cells in the pancreas was deemed to be restored

Taylor said the results, while preliminary, “demonstrate very clearly that diabetes is not caused by obesity but by being too heavy for your own body”.

He added: “If you can’t get into the same size trousers now, you are carrying too much fat and therefore at risk of developing type 2 diabetes, even if you aren’t overweight.” (via The Guardian UK)

My main takeaway here is anyone 28-years-old or older falls into this category. Or 99% of that population. Nobody is wearing the same clothes they were when they were 21. All of my friends (myself included) dressed like complete idiots at 21. The tighter the better. We felt like we had to show off those hours in the gym because that was the FSU culture at the time. I wouldn’t even want to wear my jeans from age 21 now.

Also, who’s to say that I wasn’t already out of shape at 21-years-old? I tore my meniscus for my first time when I was 17 and packed on a couple of pounds from the dangerous amount of prescription painkillers the doctors prescribed me and I think some of that weight was still lingering at 21 before I got back into distance running.