Chicago - Saturday's storm has the potential to lay down heavy snow with most computer models suggesting between 4 to 8 inches. One model even hints at a few narrow bands of lake-effect enhanced snowfall that could pile up to around a foot and a half in spots. More on that below.

The snow that is coming will be a fluffier, lighter variety of snow overall compared to our first measurable snow of the season that some on December 28th. At the onset of Saturday's storm we expect a similar heaviness to Tuesday's snow but as colder air feeds into the system the snow will become lighter. It's all relative but a half a foot of snow is heavy no matter how you slice it or more to the point, shovel it.

Heart attacks from shoveling snow is one of the leading causes of death from winter storms. If you aren't used to exerting yourself and either have some type of heart disease or ar at high risk of heart disease, leave the shovel in the garage.

A study published in the Canadian Medical Association Journal looked at 128,000 hospital admissions and over 68,000 deaths due to heart attacks the day after it snowed in Canada during the period between 1981 and 2014. Harvard Medical School reviewed the study and summarized some of the main points:

According to the Cleveland Clinic, 11,000 people end up in the hospital every year after shoveling snow. The Clinic says "sudden exertion, like moving hundreds of pounds of snow after being sedentary for several months, can put a big strain on the heart." It is estimated that about 100 people die each year in the United States from shoveling snow. 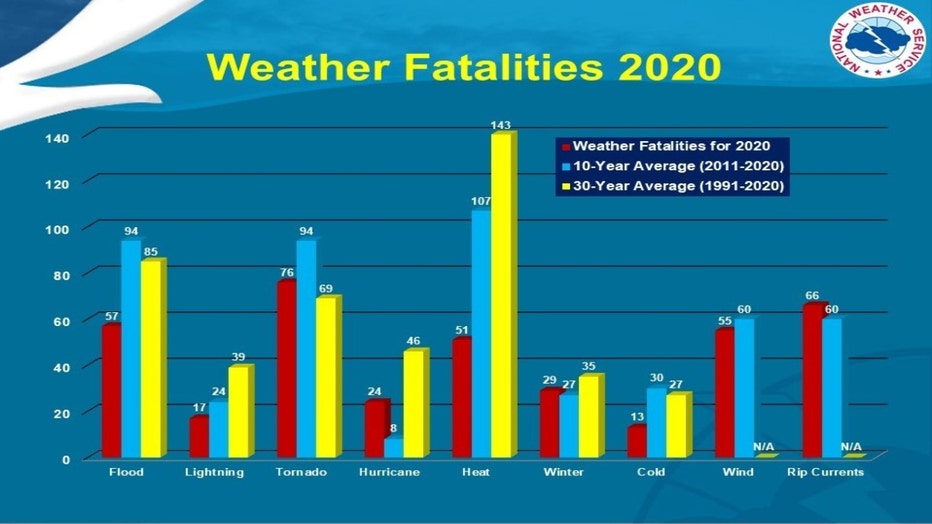 While fatalities related to heat top the list of deaths on average from various forms of severe weather, winter weather is high on the list. The graphic above compares weather related fatalities from 2020 but also the 10-year period from 2011 to 2020 and the 30-year period from 1991 to 2020. The red bars denoting 2020 fatalities is more like a snapshot. I want to focus on the yellow bars in the graphic above because it represents a 30-year average. If "winter" and "cold" fatalities are combined the total 30-year average is 62 deaths. That would rank 4th in average annual deaths behind heat, tornadoes and floods.

So how much snow are we likely to shovel with Saturday's storm? 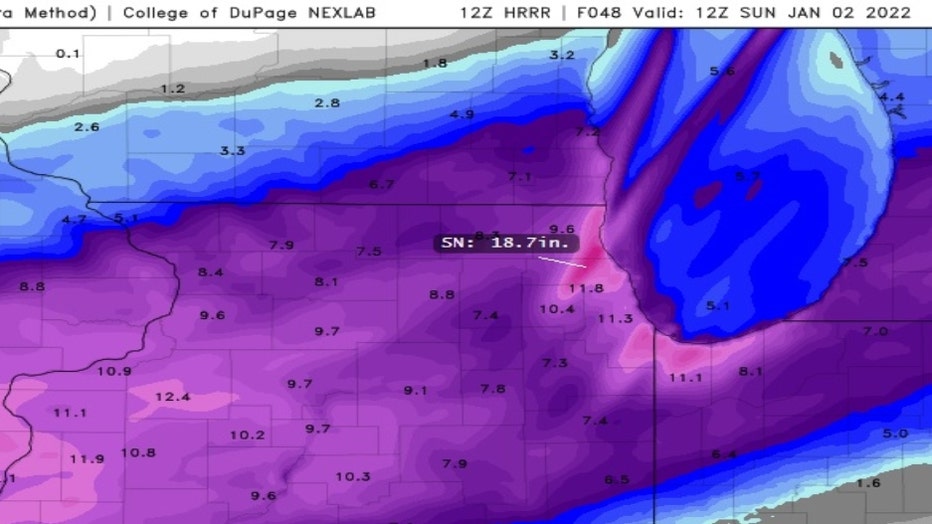 The HRRR (High-Resolution Rapid Refresh) model is forecasting the most robust snow totals of all the models. It suggests 7 to 11 inch totals for most of the Chicago area but a few bands of heavier snow due to lake-effect enhancement. There are totals around 18" in at least one of those bands. 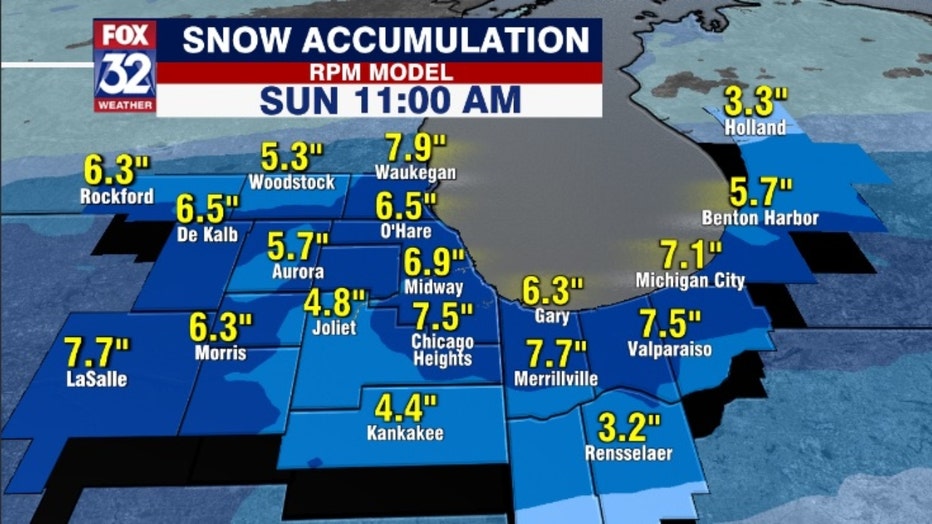 Our in-house model squeezes out as little as just over 4" in the Kankakee River Valley to as much as nearly 8" in Waukegan. 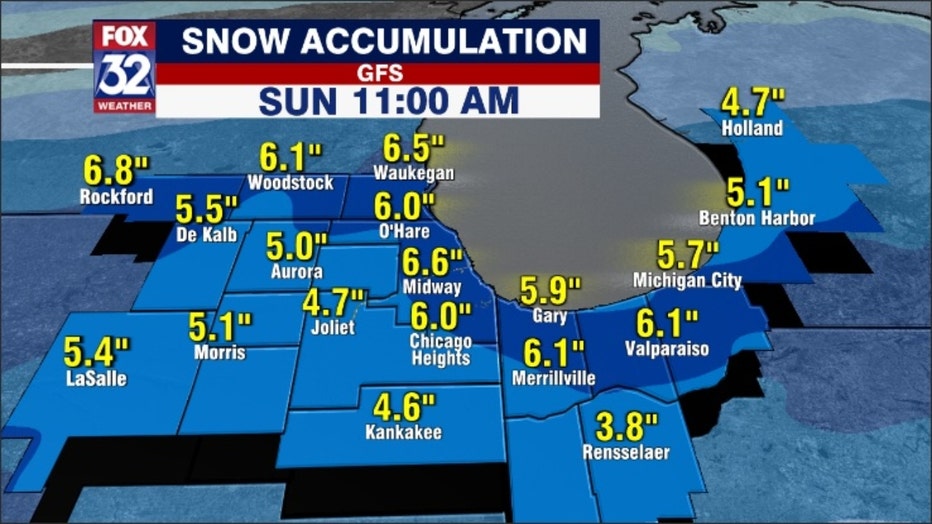 The GFS Model's numbers are similar. It suggests around 5" to nearly 7" for the area.