Alaska on Friday reported 327 new COVID-19 cases and no virus-related deaths, according to the Alaska Department of Health and Social Services dashboard. By Friday, there were 101 people hospitalized with the virus in Alaska, including 12 on ventilators.

Cases and hospitalization numbers have remained relatively consistent over the last week, but are considered high for a state with a limited health care infrastructure and hospitals that are already close to capacity during the summer.

Higher vaccination rates are Alaska’s best chance at bringing back down case counts, hospitalizations and deaths, officials have said. Between January and the end of July, 94% of the state’s COVID-19 hospitalizations and 97% of deaths have been among Alaskans who are unvaccinated.

By Friday, 48.5% of all Alaskans had received at least one dose of the vaccine, and about 44% of the entire population was considered fully vaccinated. Among only eligible Alaskans 12 and older, those percentages were higher: 58.2% had received one dose, and 52.6% had completed their vaccination series.

In total, 390 Alaskans and eight nonresidents have died with COVID-19 since the pandemic reached the state last spring.

The state health department said last week that even fully vaccinated Alaskans in communities with high COVID-19 transmission should consider masking up again in public, indoor spaces. That recommendation was in line with recent guidance from the federal Centers for Disease Control and Prevention.

Of the 309 new cases reported in Alaska residents, there were 122 in Anchorage, 32 in Wasilla, 17 in Eagle River, 15 in Kodiak, 14 in Ketchikan, 12 in Kenai, 10 in Palmer, six in Fairbanks, six in Seward, six in Soldotna, five in Kotzebue, four in Cordova, four in Juneau, four in the North Pole, three in Big Lake, three in Chugiak, two in Sitka, two in Sterling, two in Utqiaġvik and one each in Anchor Point, Bethel, Douglas, Girdwood, Houston, Nikiski, Sutton-Alpine and Willow.

There were also 18 new cases identified among nonresidents: three in Wasilla, two in the Denali Borough, two in Kenai, two in Soldotna, one in Fairbanks, one in Kodiak, one in Prudhoe Bay, one in Seward, one in Utqiagvik and four in unidentified regions of the state. 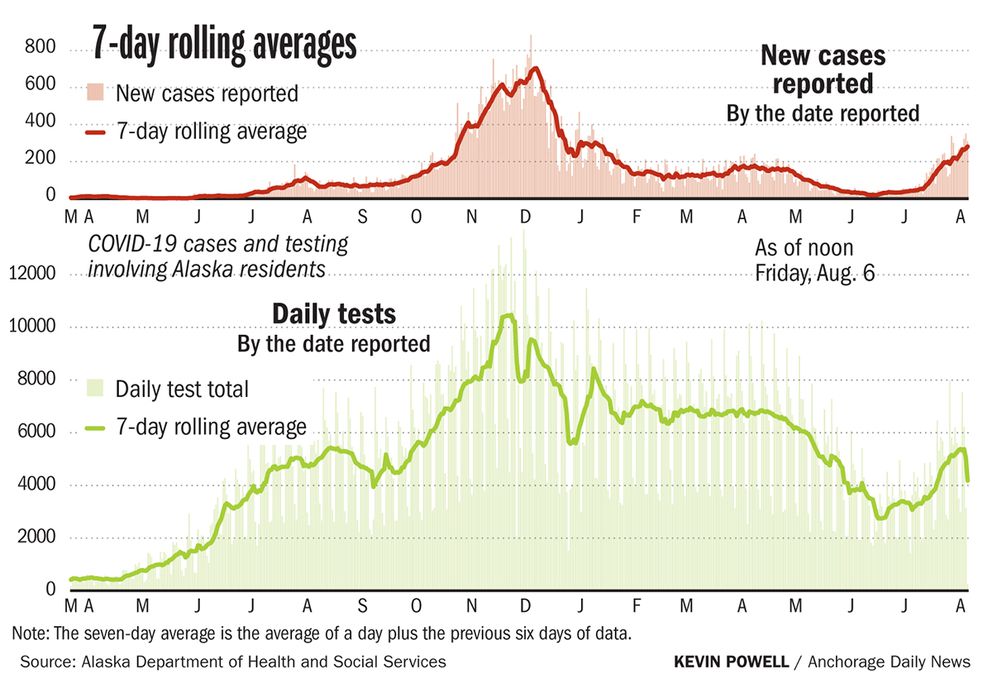 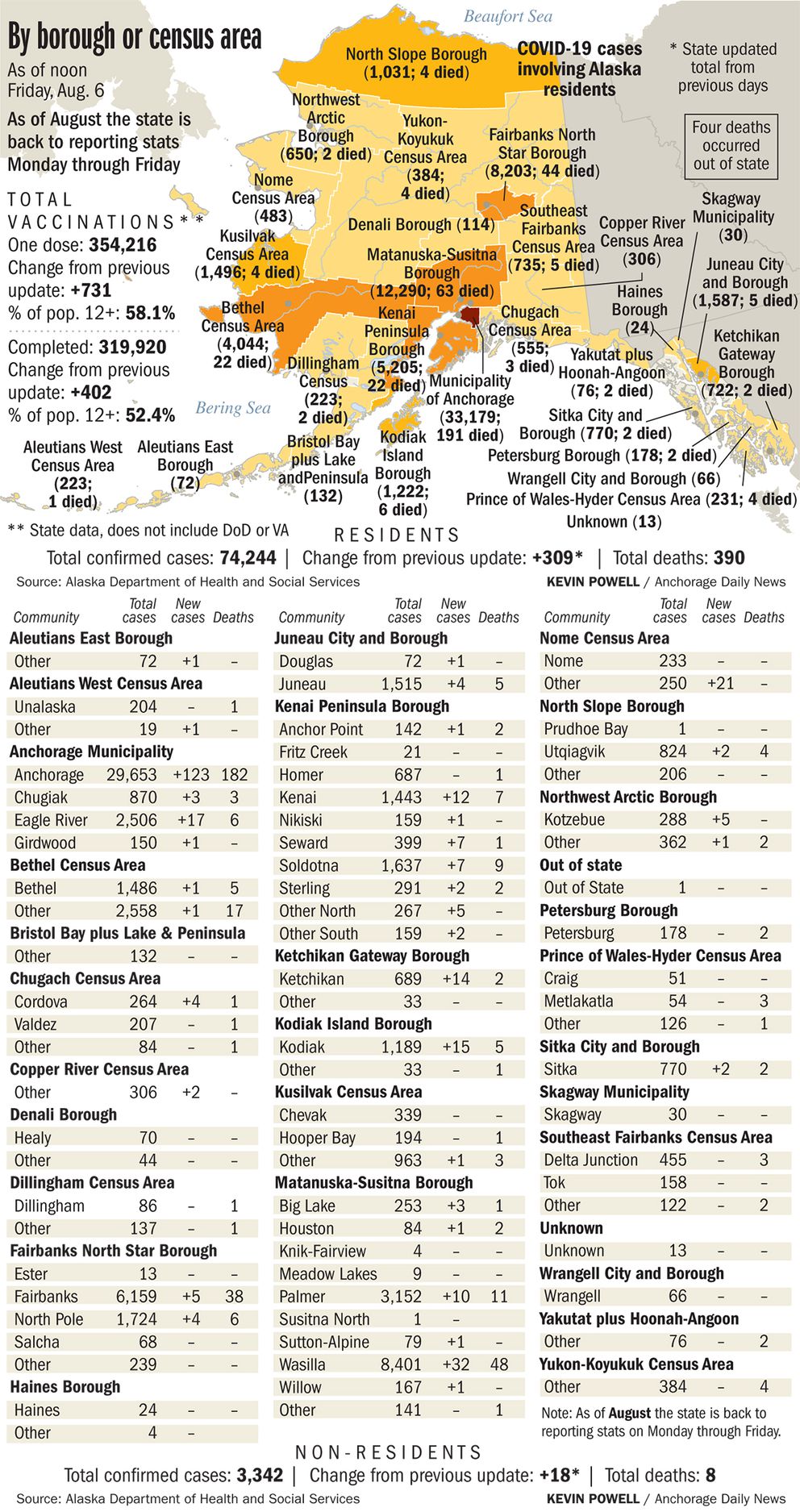 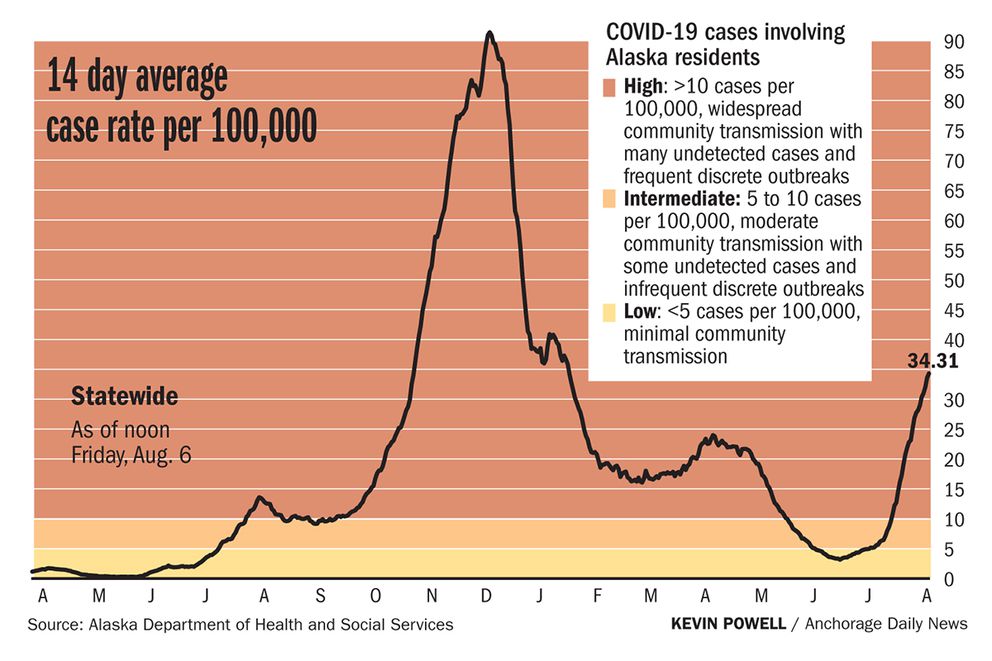 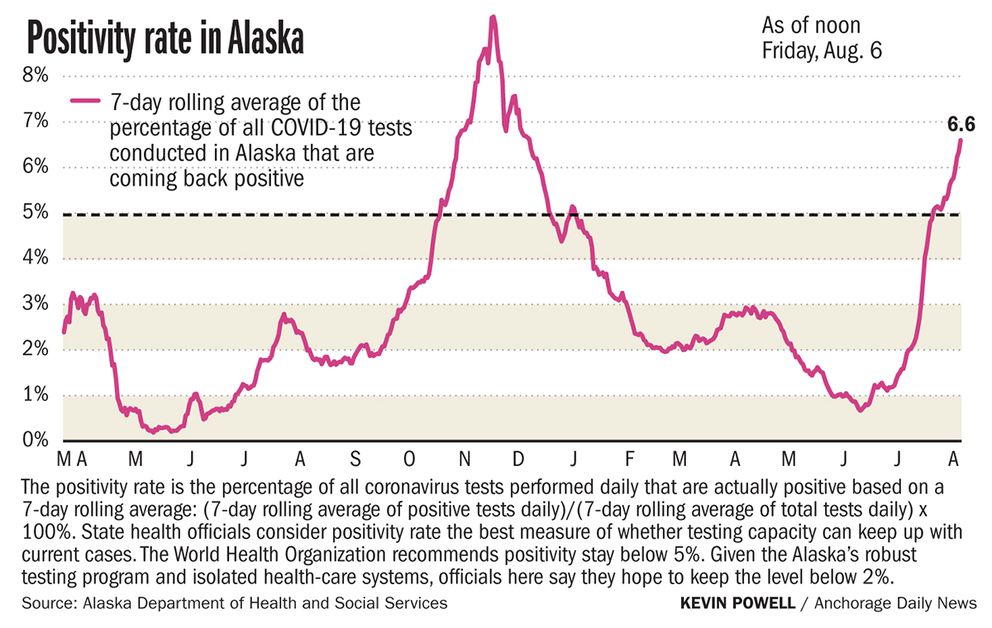 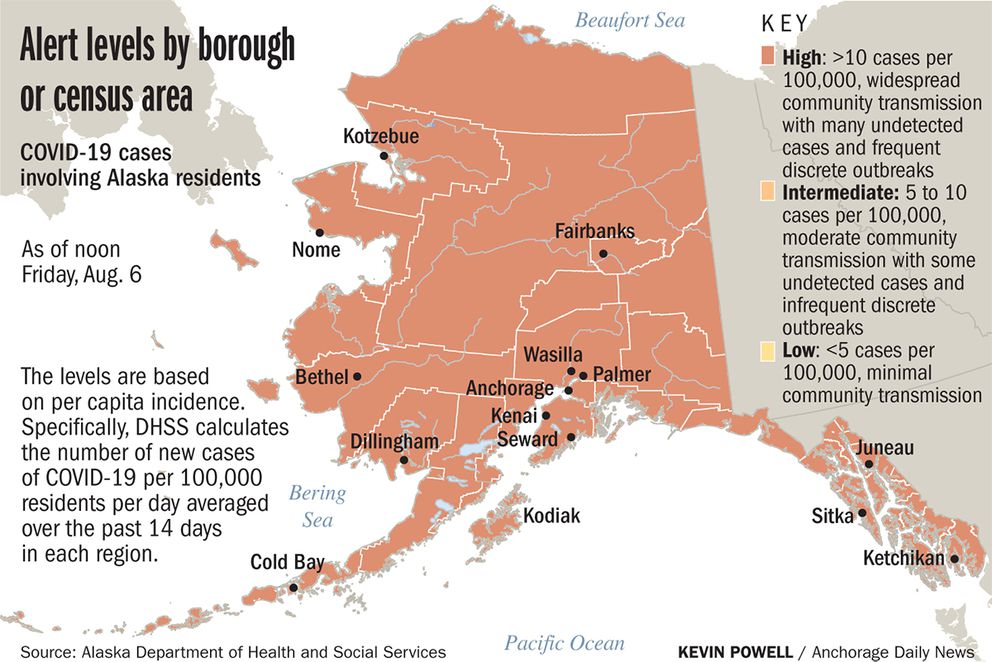 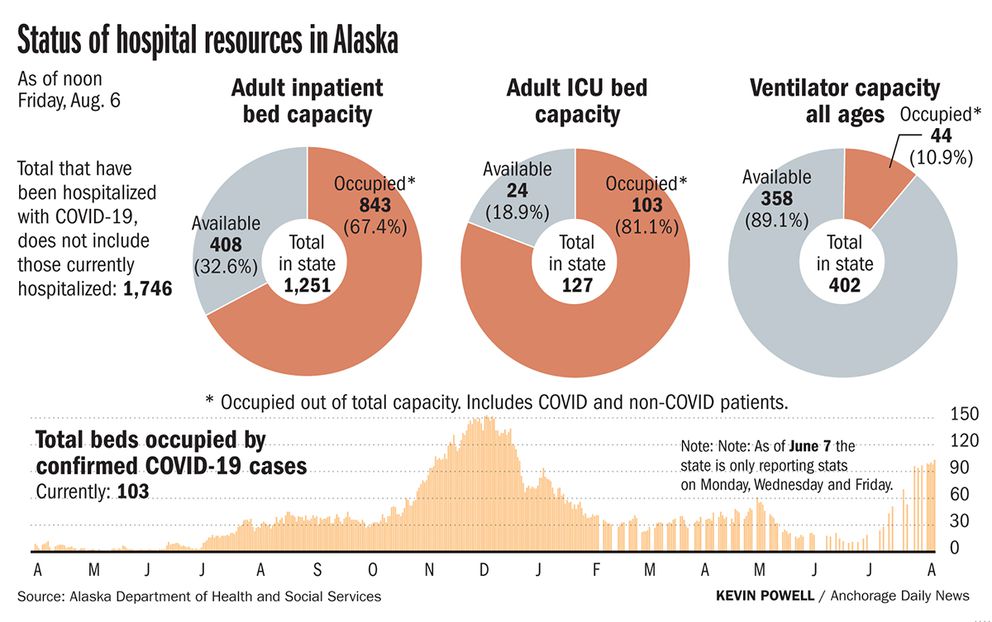 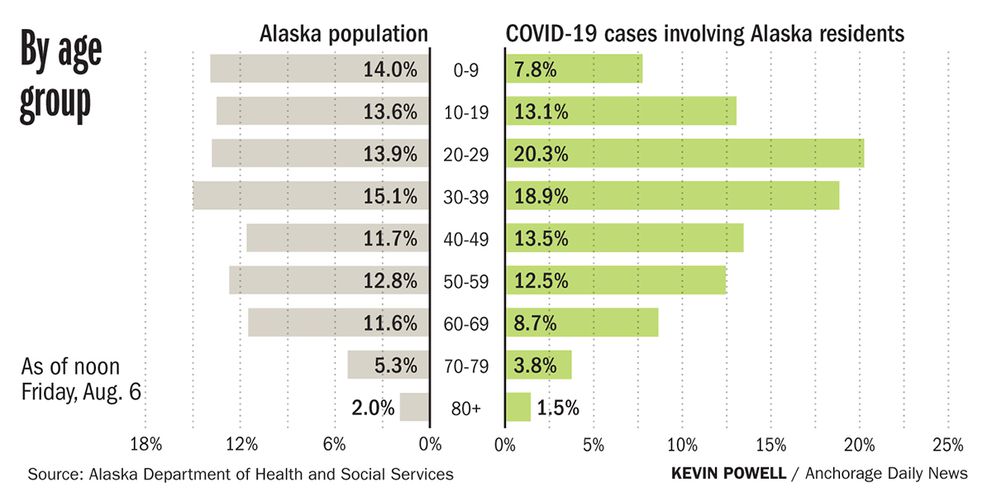 Yes, I want to sign up for the ADN’s daily newsletter to get the latest updates on local news, politics, and COVID-19 in Alaska.