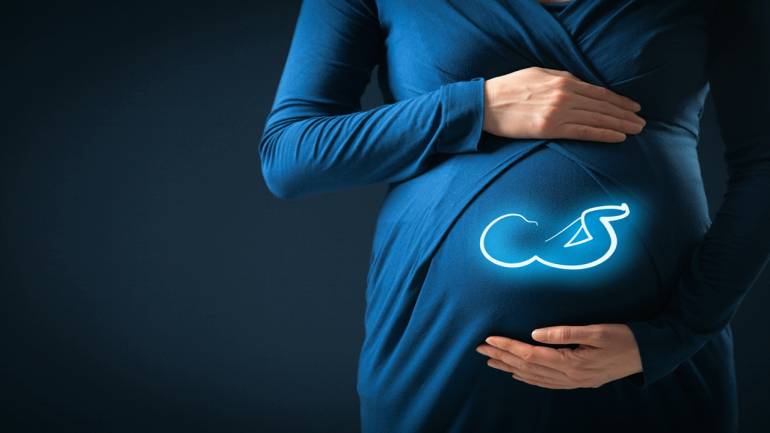 Maternity is a frequently claimed expense under health insurance. However, maternity still remains substantially un-insured and under-insured. Over the years, the cost of delivery packages in top hospitals has increased substantially.

A package of Rs 1 lakh is common for Tier-1 hospitals in metro cities for a caesarean delivery. Some hospitals could charge more than Rs 2 lakh. Added to this, there are several linked expenses for the new born. This can drain a young couple’s finances. There are many ways in which costs of a planned maternity can be covered through insurance. Below are different types of plans and various categories of expenses linked to maternity that can be covered under the insurance policy.

While it is common for larger firms to provide maternity benefits for their employees, group health insurance plans of most start-ups and professional service firms miss this coverage. Often, this is because of lack of awareness. It is possible for any firm with more than 7 employees to buy a tailor-made group health insurance cover. Such a plan can cover maternity expenses without any waiting period.

So, if an employee joins on January 1, and his spouse is expected to deliver on January 2, the insurance policy will cover the claim. Professional advisory firms such as equity brokerages, investment advisories, or consulting firms, can offer this benefit to attract and retain talent. Typically, firms offer a maternity benefit of Rs 50,000 for normal or caesarean delivery. However, this limit can be customized and enhanced.

Historically, personal health insurance plans did not cover maternity. Later, some plans started offering maternity benefits but with up to four years waiting period. Young professionals are not able to plan with such advance notice. The good news is that several plans now offer maternity with waiting period of up to 24 months. A few insurers offer a waiting period of even nine months. These include Care Health, Future Generali and ICICI Lombard. Care and ICICI Lombard, require you to pay premium of three years together. But, before one rushes to buy the plan with lowest waiting period, there are several other aspects to be analysed.

Since the maternity benefit has a sub-limit, it is important to ensure that the maternity expenses can be managed within that limit. Most hospitals now offer a pre-set package for maternity. Such a package includes a fixed number of days of stay in the hospital, doctor’s fees, and related medical expenses. Such packages offered by hospitals vary based on who is paying.

Many hospitals charge a different rate for a non-insurance patient, and insured patients. Within insured patients, there is a huge variation based on the insurer. Insurers negotiate these packages based on their volume of business with specific hospitals. Often the insurer package may cost less than the package offered to the uninsured patient. So, if you are able to select an insurer, who has low-cost packages negotiated with hospitals, your ultimate out of pocket expense will be minimized.

Public sector insurers generally have very good package rates with hospitals. A few years ago, all public sector insurers formed the General Insurance Public Sector Association. They then used their collective bargaining power to negotiate steep discounts with hospitals. So, for the same treatment, you may be charged Rs 75,000 if you are insured with a private insurer, and Rs 54,000, if you are insured with a public sector insurer. If you happen to have two insurances, say one each from employers of both the spouses, prefer the one with a public sector insurer to avail cashless treatment. This will ensure that your overall billing is as per the package rate of GIPSA. If there are residual expenses, over the sub-limit, this can then be filed as a reimbursement claim with the other insurer.

Just as important as the cost of maternity, is to ensure comprehensive coverage for a new-born. Cases of complications in new-born are often heard. This could be because of premature birth or for other reasons. A common ailment is post-natal jaundice. It is relatively straight forward to cover babies from day 1 in a group health insurance plan.

However, most standard individual health insurance plans exclude coverage for new-born till they turn 91 days of age. This has two major implications. First, any complications arising immediately after birth, post-natal issues, are not covered. Second, if such complications persist, these may be classified as pre-existing ailment, and excluded again for the next few years. Thus, it is important to ensure that a new-born is covered immediately after birth. Not all plans that offer maternity benefits provide this coverage. Some plans require an additional premium to avail this facility. A few plans offer this benefit only up to a sub-limit within the overall sum assured for the family. This limit could vary between Rs 35,000 to Rs 100,000. Niva Bupa stands out in this aspect. Some of their plans cover new-borns automatically from day 1 up to the full family sum assured.

Inoculation for new-borns is a predictable expense. However, not all plans cover it, even among those that offer maternity benefit. Plans that offer this coverage, generally limit it to the first year prescribed vaccinations only. Even on this, most plans would limit the expense between Rs 5,000 to Rs 15,000.  It is possible to get vaccination covered up to 12 years, but that is only available at very high sum assured options such as Rs 1 crore and above. Group health insurance plans, generally don’t cover vaccination. However, it is possible to opt for this as an add-on.

The other category of expense, though relatively small, is pre- and post- natal. These are medical expenses incurred immediately before or after the birth but not directly linked to the delivery. For example, an ultrasound conducted before the delivery will be classified as pre-natal expenses. Most individual health insurance policies do not cover these. However, it is possible to structure this as an add-on in a group health insurance policy.