(CNN)First there were the fidget spinners, then the squishies, then the pop toys, then the faux game controllers, bendable this-and-thats and a number of other hand-held items that my kids could manipulate with one hand.

Initially, I fluctuated between feeling mildly enthused and agnostic about them.

Unlike most toys, particularly those marketed to boys, fidgets weren't about competition or violence. They weren't branded merchandise connected to weapon-wielding good guys. Nor did they, as with "blind box" toys, use surprise to seduce kids to keep buying more stuff. Sure, kids collect fidgets, but, at least in my experience, in far smaller quantities than other toys. Those were all good things.

Except, I wondered, what exactly do fidgets do? They move. Some require more skill, some less. Either way, they're repetitive and mindless, and for a long time this seemed both their strength and the fatal weakness that would lead them to quick obsolescence. 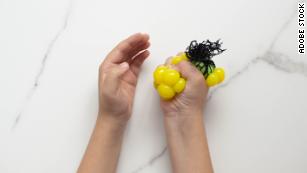 Except that never happened. Fidgets remain popular, kids love them, and I, a parent of two of these kids, feel uncertain about what to make of this. At the heart of it sits a chicken-and-egg-style inquiry: Does the existence of the fidget toy make my kids more fidgety? Or does it serve a physical and psychological need for children who are inherently fidgety creatures?

It turns out the answer is "yes" to both questions. The fidget toy is sometimes the answer to a child's physical and psychological needs, and sometimes it's ca problem. Knowing when it's one or the other depends on better understanding why kids are drawn to these toys, and what state any particular child is in when using one.

The appeal of the fidget

"My attitude towards it is, what took the toy industry so long to figure this out?" said Richard Gottlieb, CEO of Global Toy Experts and publisher of The Toy Intelligencer, explaining the appeal of fidget toys.

Fidget toys allow for manipulative play, he explained, similar to the satisfaction one gets from twirling a pencil around one's fingers. Their collectability also makes them fun for kids, who enjoy different shapes and colors and trading with their friends. 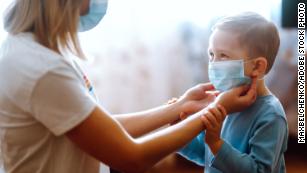 The play isn't complicated or about achieving any particular result, which may be central to their popularity. Children are busy and stressed out, and fidgets can offer something to do without really doing much at all.

"The average kid works 60 hours a week if we consider anything overseen by an adult work," Gottlieb said. "Sometimes the only place they get to relax is in the back seat of the car, and something like the fidget spinner or Pop It is portable, and they can just sit back and engage with it."

A primal need to move and feel

Katherine Isbister, a human computer interaction and games researcher and professor of computational media at University of California, Santa Cruz, believes much of the appeal of fidget toys lies in their non-digital, extremely in real life qualities.

"We are primates, we have incredible hand eye coordination, we have an incredible sense of touch, and we have these complicated proprioceptive systems, which is an important sense we have but many don't know exists," she said. "This is the sense that allows us to know where we are in space."

All humans crave tactile engagement, but kids really need it. Those little fidgeters might be tapping into an unconscious need to train their fine motor skills, she said. 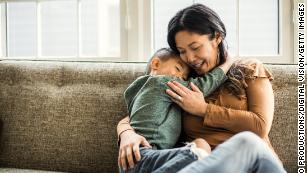 They also, despite tenacious Victorian mores prescribing that children be neither seen nor heard, want to move. Historically speaking, humans have spent much of their time on this planet moving around, Isbister said, and yet today our lives demand that we stay still. A lot. But our physical and emotional metabolisms, products of humans' long history on earth, still crave that activity.

"It's tough for kids and adults to sit still for a long period of time, and they can't always get up and run around or do some yoga," she said. "The fidget is a compensation, a contained-to-the-hands way to practice self-regulation."

There is currently only limited research on fidget toys and their effect on children. There have been a number of studies that find that fidgets or fidgeting help children focus, while other research suggests that fidget toys can lead to poorer educational outcomes.

Isbister's own research has found that children's fidget toy preference can change with their mood. They prefer squeezing toys when angry, and clicking, pressing or tapping on toys when they are bored. She is currently partnering with behavioral scientist Julie Schweitzer on an in-depth study on fidget toys and their effect on people with A.D.H.D., for which they received support from the National Institutes of Health. The broader goal, she said, is to understand how fidget toys can support cognition.

Anecdotally, Isbister said many educators see the benefits of fidget toys in the classroom, particularly for neurodiverse kids, and when the fidgets aren't noisy or otherwise distracting. 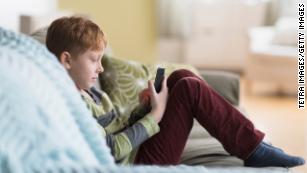 "My approach is that if I see it is helping you, I am going to let you use it, and if I see it is a distraction, I won't," she said. "When they start flying across the room, when they are arguing over which one, they get put away for a while."

She even collects fidgets to offer her students to help them during hard to concentrate moments. In particular, children with A.D.D., A.D.H.D. or with autism spectrum disorder can concentrate better when a small part of their brain is occupied by something else.

"I don't bring them out during group lessons," she said.

The need to fidget in class and outside of class likely got a bump during the pandemic, said David Anderson, clinical psychologist at the Child Mind Institute, a non-profit seeking to transform child and adolescent mental health.

"We know from the research that people from all age groups are reporting that they are more stressed," he said. Squeezing, popping, spinning and clicking can offer some release.

He also thinks the rise of fidget toys may be connected to the rise of social and emotional learning and mental health awareness among educators. The more teachers see the whole child in school and take into consideration the way children's psychological state affects their ability to learn, the more openness there has been to interventions to help them regulate their feelings.

Anderson cautions parents to be skeptical of any bold claims made by fidget manufacturers about how, when and how much they help kids calm down and focus since the science is still inconclusive. Still, individuals have long self-soothed through physical activity or sensory stimulation, and today's children are no different.

"Fidget toys can help the kid learn that when I am feeling something uncomfortable, there might be a way that I can stimulate myself to cope with that emotion until something changes," Anderson said, noting that's an important life skill.

What will work for any individual when it comes to sensory stimulation can vary, as can whether or not additional stimulation helps or hurts their concentration. Some adults can only work with music, and others need silence. Anderson said fidgets can be one tool in a toolbox of potential self-soothing mechanisms that kids should explore.

After the couple of years they've had, with all the pandemic-related interruptions, cancellations and anxiety, these kids deserve all the tools available to them. Squishy, pop-ey, spin-ey, click-ey, whatever. As long as the fidget toys are working for them, let them fidget.

Elissa Strauss covers the culture and politics of parenthood. Her book on the radical power of parenting and caregiving will be published in 2023.