According to the Centers for Disease Control and Prevention (CDC), someone in the United States suffers a stroke every 40 seconds, totaling more than 795,000 people each year nationwide. But while they're distressingly common, experts also estimate that 80 percent of all strokes are actually preventable. Typically, doctors recommend doing this by keeping your blood pressure under control with healthier diet and exercise habits. But according to one study, another activity could go a long way in reducing your risk of having a stroke. Read on to see what you should be doing at least once a week to improve your odds.

RELATED: Eating This One Vegetable Slashes Your Stroke Risk By 55 Percent, Study Says. 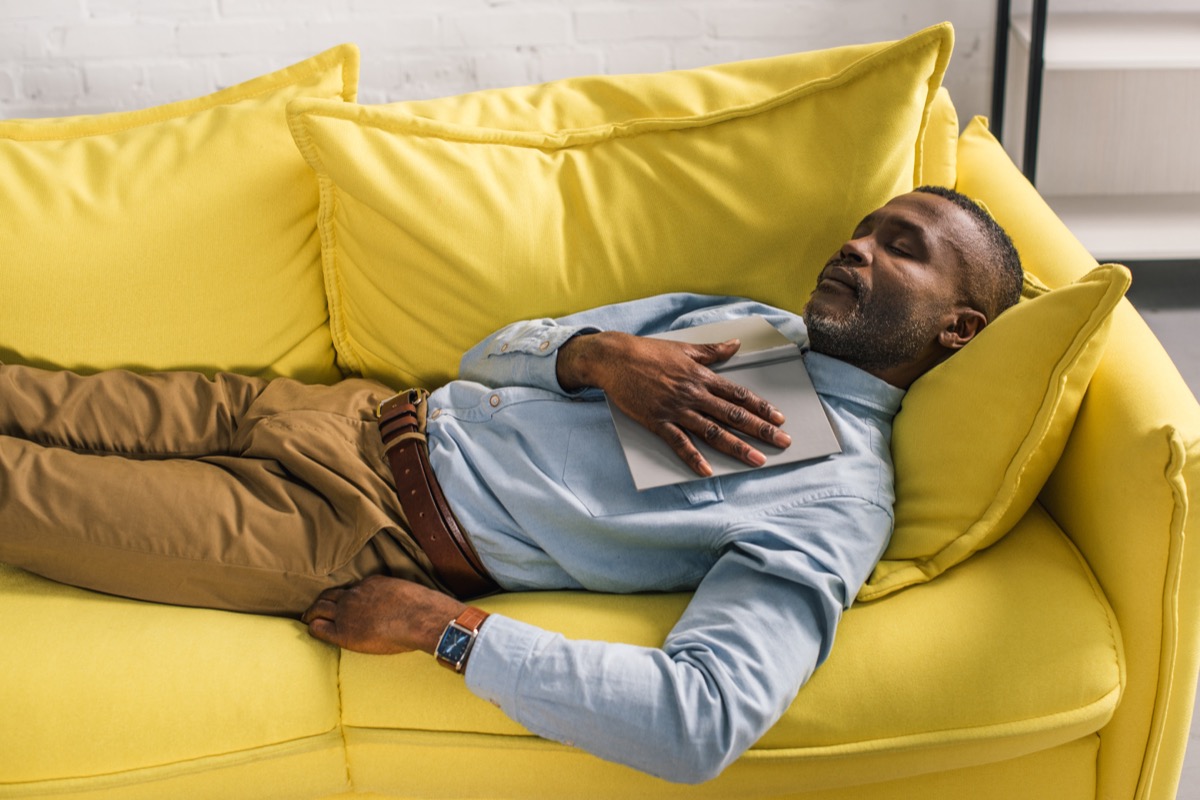 In a study published online in the journal Heart in Sept. of 2019, researchers attempted to explore the relationship between taking a nap and the risk of major cardiovascular health emergencies, including heart attack and stroke. To test their theory, the team assembled 3,462 random residents of Lausanne, Switzerland, who were all between 35 and 75 when they were selected between 2003 and 2006.

Researchers then performed a checkup for the first time between 2009 and 2012, during which the team collected information on each participant's sleep and nap patterns from the previous week. The group was then broken down by their responses, with 19 percent saying that they took one to two naps, 12 percent saying they took three to five naps, and 11 percent saying they took six to seven. During a monitoring period for an average of five years, 155 fatal and non-fatal cardiovascular health events were reported.

Results showed that those who occasionally took a nap once to twice a week saw their risk of having a stroke, heart attack, or heart failure reduced by 48 percent compared to the group who never napped. The researchers also found that the findings still held when different risk factors, such as age, the number of hours slept at night, and cardiovascular risks such as elevated cholesterol or blood pressure were taken into account. 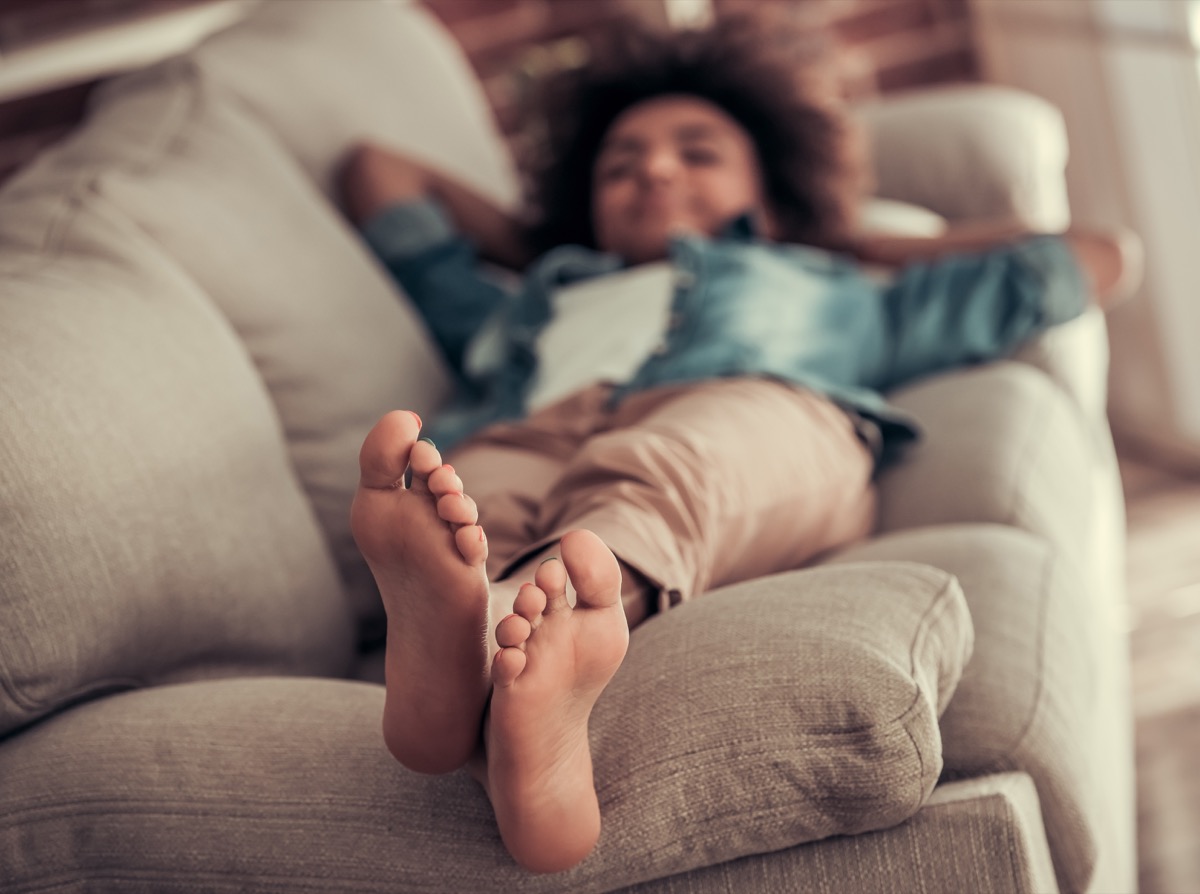 The researchers also found that frequent nappers—or those who took three to seven naps a week—also had a 67 percent increased risk of cardiovascular disease. However, the team pointed out that these participants tended to be older, male, smokers, weigh more, and sleep for longer at night than those who said they didn't nap during the day. Those participants also reported being sleepier during the daytime and were more likely to be dealing with more severe obstructive sleep apnea, which is a condition where the walls of the throat relax and narrow during sleep and interrupt normal breathing. When these factors were accounted for, the observed increased risk was essentially erased.

RELATED: If You Have These Short-Lived Symptoms, You May Soon Have a Stroke. 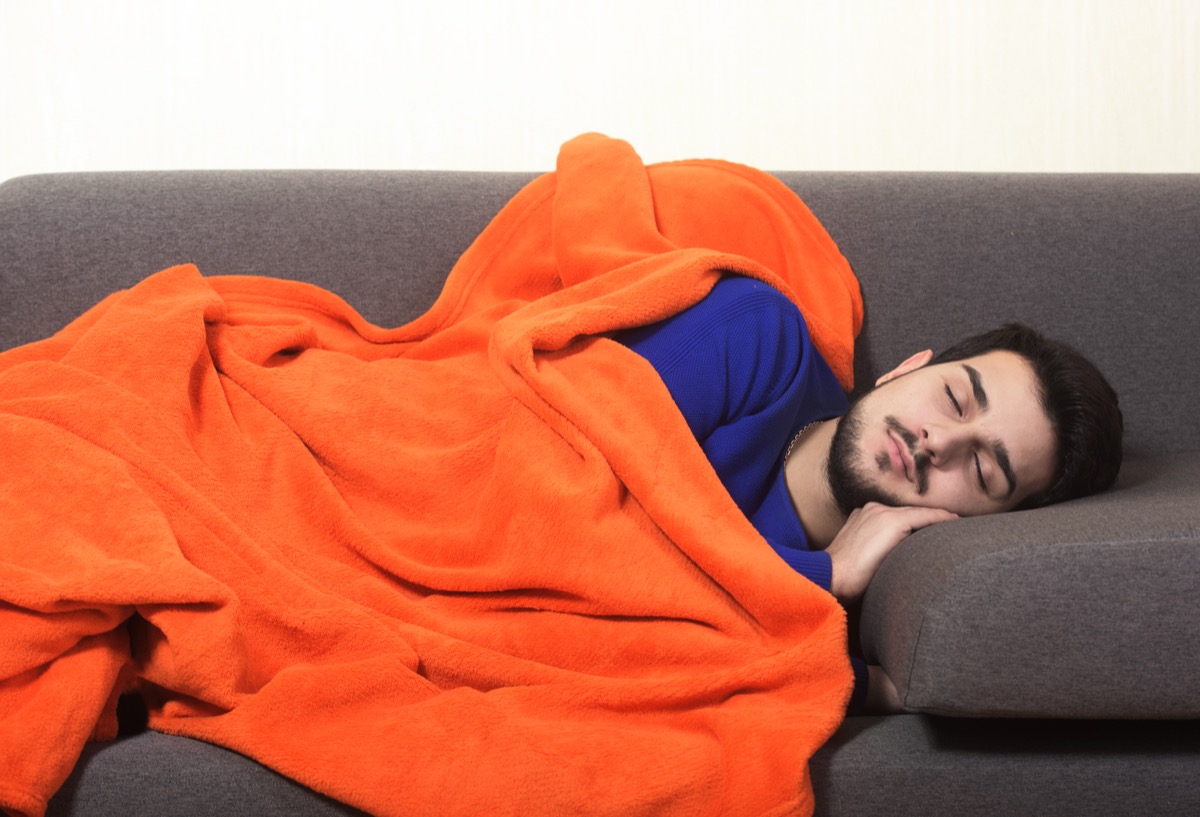 Ultimately, the researchers pointed out that the observational study couldn't directly establish a causational relationship between napping and heart health. However, they also said that a lack of a clear definition for napping and how we measure them could be the reason previous studies have contradicted each other or found different results. Even though they said it was "premature to conclude on the appropriateness of napping for maintaining optimal heart health," the researchers concluded that more research on the topic was warranted.

"While the exact physiological pathways linking daytime napping to [cardiovascular disease] risk is not clear, [this research] contributes to the ongoing debate on the health implications of napping, and suggests that it might be not only the duration, but also the frequency that matters," lead authors Yue Leng, MD, and Kristine Yaffe, MD, of the University of California at San Francisco, wrote in a statement.  "The study of napping is a challenging but also a promising field with potentially significant public health implications. While there remain more questions than answers, it is time to start unveiling the power of naps for a supercharged heart." 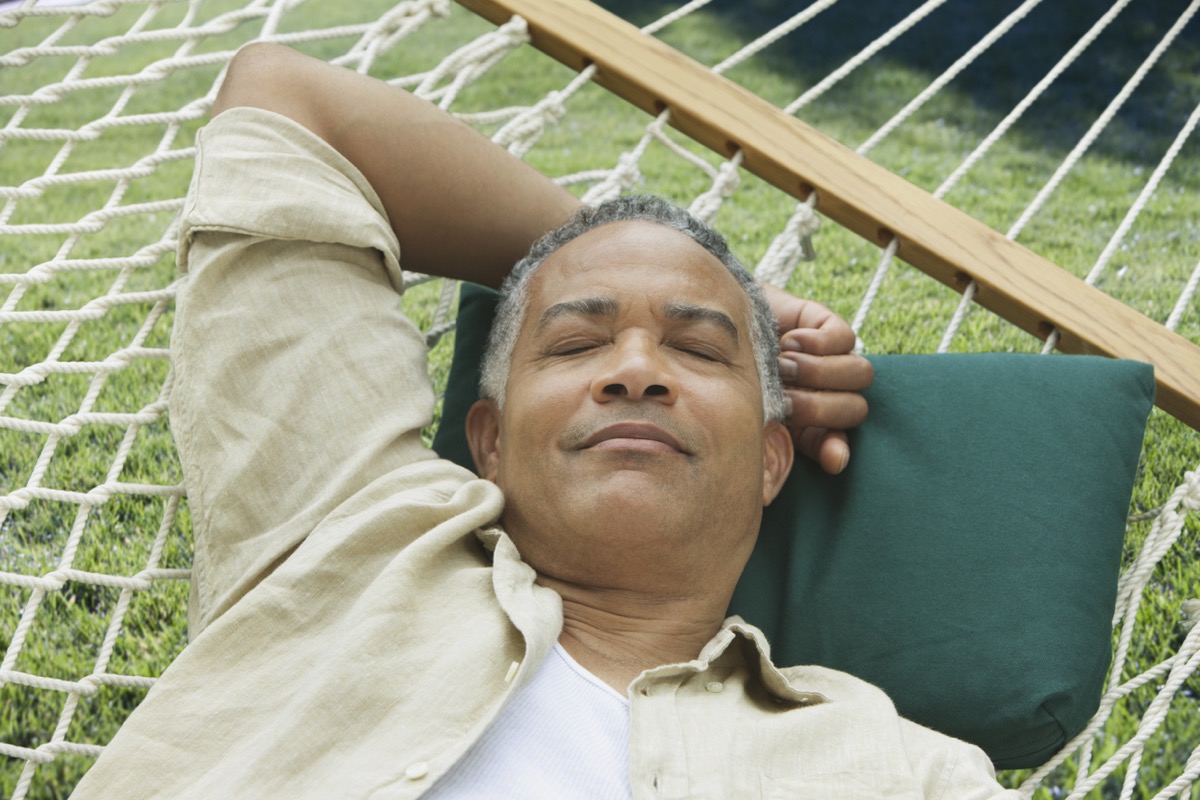 This isn't the first study to find a connection between taking a nap and stroke risk. In one 2019 study published in the medical journal Neurology, a team analyzed more than 31,000 retired employees for six years, having them complete questionnaires about their sleeping and napping patterns. Throughout the study, more than 1,500 of the participants ended up having a stroke.

Researchers found that two factors helped raise people's stroke risk: extended napping and long sleeping. People who both slept more than nine hours and reported more than 90 minutes worth of midday napping were 85 percent more likely to have a stroke than people who both moderately napped and slept.

While the study did not conclude why precisely this connection between sleeping patterns and stroke exists, co-author Xiaomin Zhang, MD, a professor at the Huazhong University of Science and Technology, said in a statement that extended napping and sleeping suggests an "overall inactive lifestyle," which could contribute to the increased stroke risk."More research is needed to understand how taking long naps and sleeping longer hours at night may be tied to an increased risk of stroke, but previous studies have shown that long nappers and sleepers have unfavorable changes in their cholesterol levels and increased waist circumferences, both of which are risk factors for stroke," Zhang said.

RELATED: If You Notice This While Walking, It Could Be the First Sign of a Stroke.